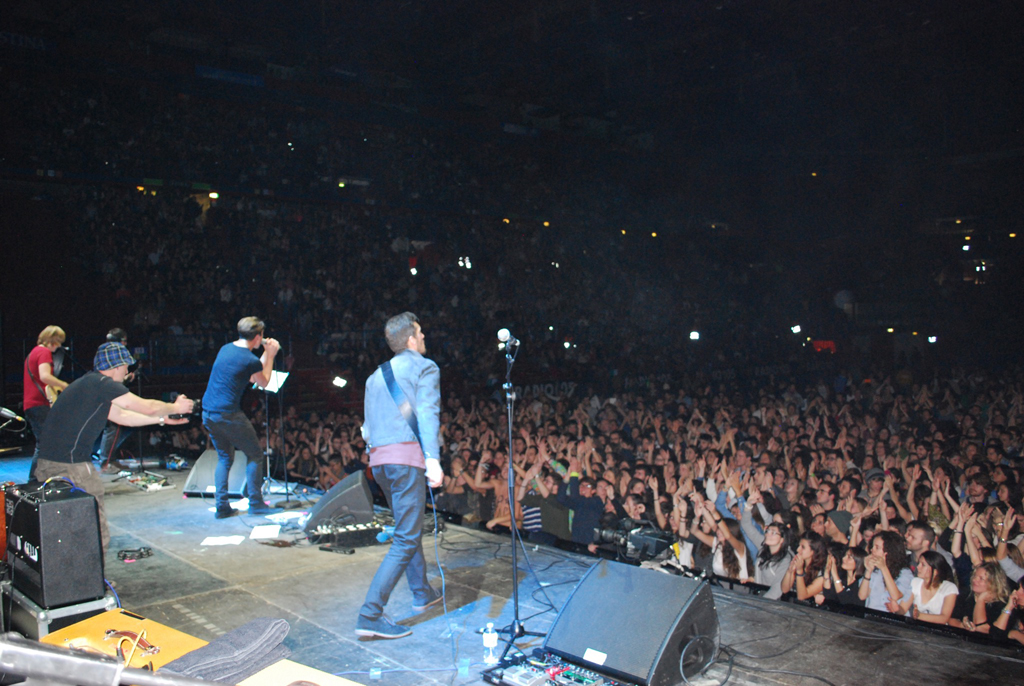 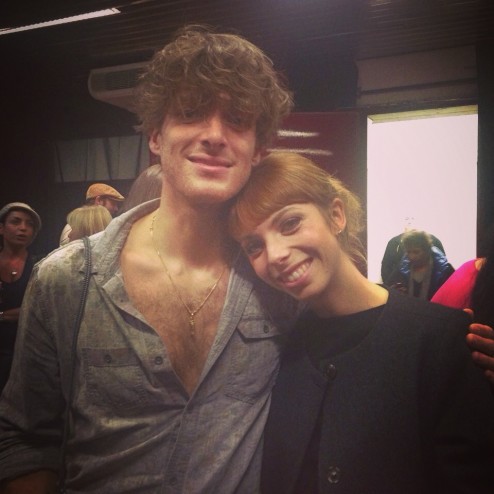 MILANO As promised here I am: back again with my latest news from Paolo Nutini. For those of you who already know me, let me just tell you this: all the effort and perseverance finally paid off. This time I finally got to meet the Man, without anyone kicking me out of the backstage. November 15th finally came, and after what I should call the perfect performance, armed of a new coat and a pass for the backstage, I met Paolo Nutini. As soon as I introduced myself, he knew exactly who I was: “The girl of the letter”. At that point I couldn’t help mentioning, with a little embarrassment on my side, that I also was “The girl of the bra…”. His bright smile made the moment, and my dream had finally come true. Talking to Paolo felt really good and familiar. In fact it was like talking to an old friend. We laughed and joked, always under the gaze of his girlfriend Amber Anderson, who I was later introduce to by Martin Finnigam, The Rainband’s singer. I spent the rest of the evening in the lovely company of The Rainband, that not only has delivered a great performance but also has given me the privilege of the exclusive interview you see below (answers by Martin).

We followed you during your two tour dates in Italy, Piazzola sul Brenta and Rome, and it’s beautiful to meet you again here in Milan as Paolo Nutini’s supporting band. Our guidezine deals with arts and music but above all with travelling. You are always travelling because of your job and now you have been touring since 2011, doing performances on different stages around the world. What strikes you most in holding concerts in different countries?

I think European Crowds are out to party from the off… this is similar to Scottish and Manchester crowds but not necessarily for London. In London whilst now we have a good following, when we first started out, we found a more difficult crowd. They kind of size you up until they have seen you a few times and then they are as loyal as they come. For me, live music in central Europe is a celebration from the off. For us, especially in Italy. We have always has a special connection here and hence it feels like a home coming show whenever we come back.

We know you like Italy and also that not so much time ago you worked in a really beautiful project for Marco Simoncelli’s Foundation. You also wrote a song about him, titled “Rise Again“, working close with his family, can you please tell us more about this project?

Martin: The day that Marco Simoncelli passed away was the day that my beloved Manchester City played Manchester United and won the game 6-1 at United’s ground. Naturally in Manchester, like in Italy, football rivalry is big. I returned home from the game expecting all my family to be partying in the street as they are all city fans also… but my nephews Jake, Rocco and Nathan, were all in tears – at first I didn’t understand why but then they told me of what happened to Marco. My family are big big moto gp fans and Marco was their favourite rider. None of my nephews had ever lost anybody (all Grand parents, Uncle’s , aunties – all still alive) so Marco was the first. I wrote the words to the song based on this experience. We had already been booked to play at the British Moto GP and it was the plan simply to play “Rise Again” there but once we heard Paolo Simoncelli had set up a foundation in Marco’s name, we went to Italy and played him the song. He said it had “Marco’s spirit” and they took it as sound track to the foundation. We agreed to release it and all profits went to the foundation (Its raised around 30,000 euro). After playing Mugello and San Marino moto GP’s in 2012, 2013 and 2014, I was asked by Paolo Simoncelli to become the Ambassador for the Foundation in the UK. For me, it is something very special to have this connection. I work with the family on a daily basis, dealing with all UK and European enquiries as well as building relations with the likes of Monster Energy and connections I make that can help through the band. Paolo Nutini and his father Alfredo (a legend and both MotoGP’s fans) have helped the foundation immensely also after I met them at Mugello in 2013. Paolo Simoncelli is someone I have learned from a lot. When I lost my Father, I never really accepted it and in many ways, I ran from reality but the whole connection in this project, has somehow brought me to also accept my own loss and channel my emotion. I don’t know how life works but I feel the connection with the foundation and the Simoncelli family, something very close to me and special.

Martin, you told me a beautiful phrase that I will never forget: “Con non pioggia, non arcobaleno”, and it’s not a coincident that your 1st single is called “She’s a Rainbow“. Who is this colorful girl? Is she only a perfect girl or is it a metaphor to express your lifestyle?

“Con non pioggia, non arcobaleno” – (without rain, no rainbow) – was born from this last show in Milan show. The rain we get in Manchester is bad but that Saturday (15th November 2014) it was like a biblical storm. I expected to see Noah building an ark it was that bad. When we arrived, I saw all the guys and girls queuing in the Rain and many of them I knew from the tours in Italy previous with Paolo. I asked the promoters to open the doors early and they agreed to open at 6.30pm as oppose to 7pm. It wasn’t much but I’ve been in queue’s like that and you just want to get in and release that frustration. When we walked on, I told the band, I need to speak to the crowd before we play. I wanted the crowd to know we knew what they had been through and now its time for us all to leave the rain behind and see the colours – The reaction of togetherness was incredible. Sincerely, I love Italian crowds for this. The phrase “Con non pioggia, non arcobaleno” was never truer and that’s down as much to the crowd as it is to us. “She’s a Rainbow” is a metaphor for life. It has personal reason to me but ultimately, many people have told me what it means to them and I feel there’s real beauty in that. When something means different things to different people, but all in a positive sense, as a lyric writer, you feel blessed. 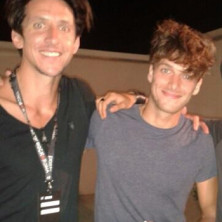 We are all curious to know something more about your relation with Paolo Nutini. A few years ago you supported the live concert of this great Simple Minds, what was different this time? How was it, doing the European tour with Paolo?

Firstly, Simple Minds taught us a lot. When you stand and watch them night after night, you see 30 years of craft, stagemanship, songwriting and a unique bond between Jim Kerr and Charlie Birchill that is amazing to see. We felt very lucky to be with them so early in our career. The long term bond they have formed with their crowd shows just how great a band they have been and very much still are. The energy they generate through their music is incredible. With Paolo and the Vipers, I’ve been lucky enough to see them play in front of 200 at King Tut’s in Glasgow at the start of the tour, to 16,000 in Manchester. As individuals they are as genuine as they come. A band of like minded musicians at the absolute top of their game. Dave, Donnie, Michael and all the Vipers made us feel part of the tour from the first minute we met them. That’s something I’ll always be thankful to them for. In Paolo, I guess I am lucky enough to call him a friend. He has what I call “The gift”. What I mean by this, not only is he a one off but ultimately in his talent for song writing and his own style, its clear for all to see he was born to do this. On the tour in Italy, one night we had a few drinks after the show and he picked up his guitar and sang a song I’d never heard him play before. When you hear his voice, stripped back, no screens, no stage props or lights, you realise that’s “The gift”. I think in modern music, many people hide behind production and props but Paolo uses them simply as the basis to project from. His move from music club to Arena’s has been seamless and I think genuinely, this is only the beginning for him and the Vipers.

What personally strikes me the most is that although your music genre are very different one from other, your style perfectly connected with Paolo and The Vipers’ one.

Many people commented naturally that our styles differ but as you say, I believe the desire to connect with audience and celebrate music is similar. They are shows I will not forget and I am thankful to Paolo and the Vipers for having us with them especially in Italy.

Thank you from the heart and see you soon again, in Italy or somewhere else!

See you in May 2015 when we release the album and remember “con non pioggia, non arcobaleno!” 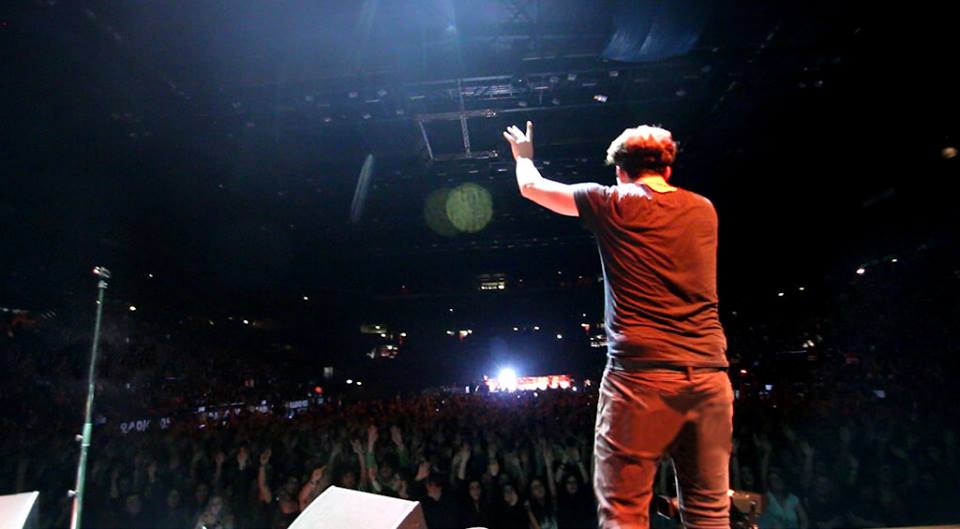 As Martin put it, Paolo has a gift, his voice and the energy he puts on the stage are a unique experience. I am glad I have had the chance to hear him live and to have engaged you all in this adventure. All this, including the enthusiasm of The Rainband (who have been for me a fantastic surprise both professionally as well as personally), has been really wonderful. It certainly made me fully understand the famous Walt Disney quote: “if you keep on believing, the dreams that you wish will come true”… 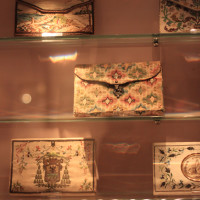 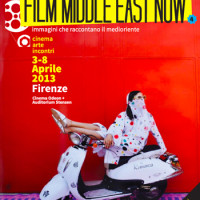 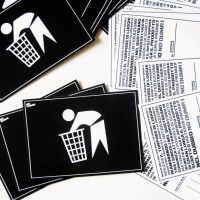 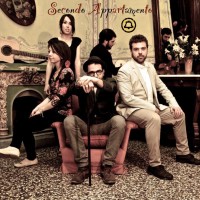