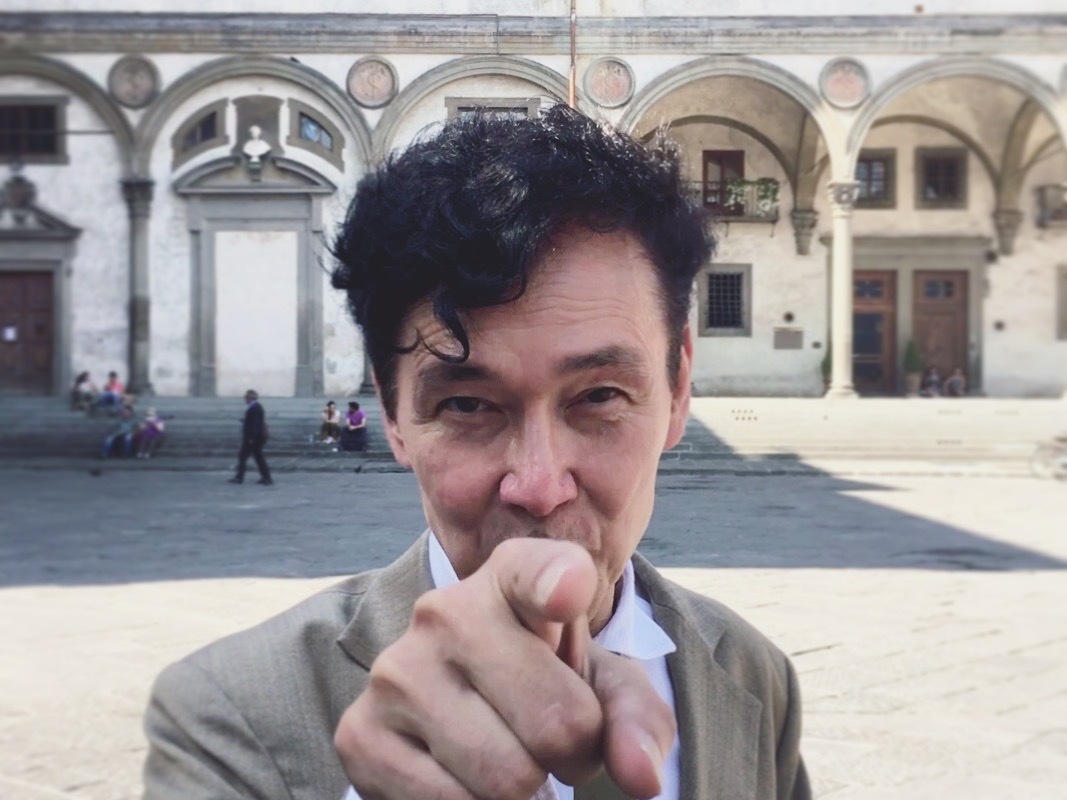 PRATO Architecture is the first thing you see of a city. And, regardless of its original function, it has the power to create together with the community – locals and travellers – new words and images, new meanings, shared thoughts and projects, habits and activities that didn’t exist before. The renewed architecture of the Centre for Contemporary Art Luigi Pecci will officially start its public function from the 16th October 2016 – date of the grand reopening of the centre, founded in 1988 – but actually it’s already creating together with the inhabitants of the Tuscan territory a new image of the city, a new collective imaginary, common dreams and goals that will drive new shared choices, actions and practices. 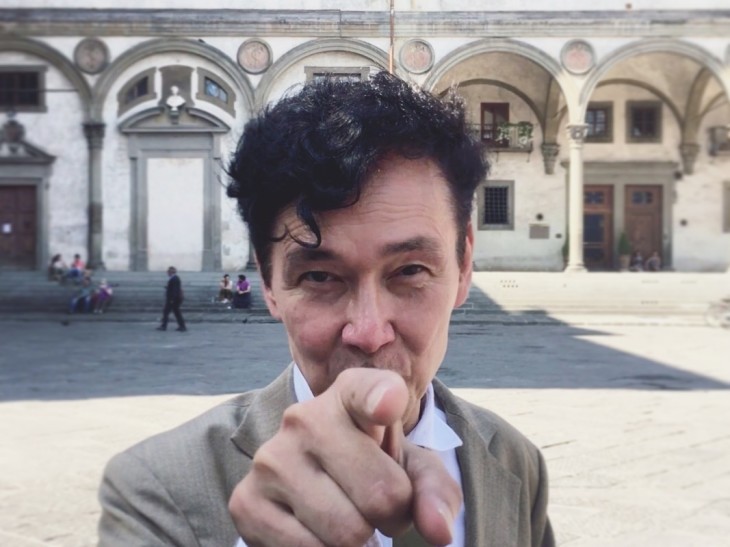 One month before the reopening of the Centro Pecci, the first centre dedicated to contemporary art in Italy, it is its architect – who has expanded, renovated and refurbished the preexisting building (signed by florentine Italo Gamberini) – to tell us three important things about this place, meant as a space for all contemporary arts but above all as a public space. In fact, architect Maurice Nio (based in Rotterdam, Holland) addresses us – citizens of Prato, Tuscany, Italy, Europe, World: in this short video (see below), he launches three messages, including a very curious invitation… 🙂

An espresso coffee was enough time to realize how Maurice Nio is crazily passionate about his work and strongly aware of his responsibility as architect of public spaces, commons to live and share, places to co-live and where to create together. Thank you, Maurice! CCTeam 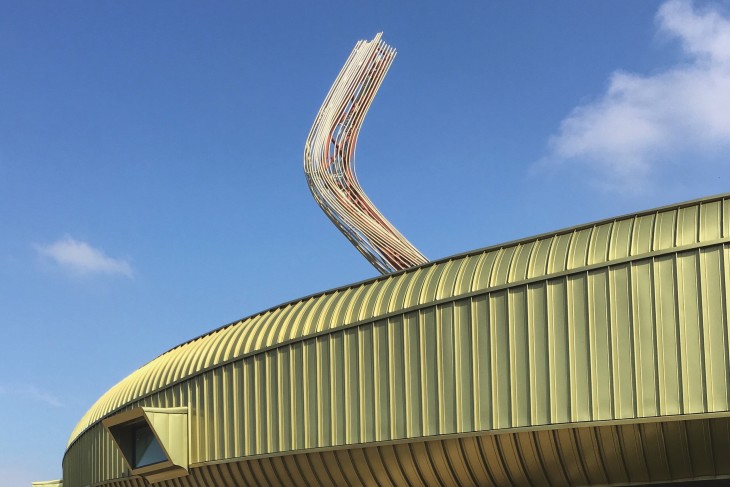 For the most curious, here below some information from the press release about the Grand Opening of the Centro Pecci (16 October 2016).

Some history about the Architecture of the Centro Pecci

In 1988 the first centre dedicated entirely to contemporary art in Italy was born in Prato. The dream of entrepreneur Enrico Pecci and a donation to the city of Prato in honour of his son Luigi, the centre was established with the support of several founding members including the city of Prato, the Industrial Union, the Cassa di Risparmio of Prato and a large number of private citizens, a rare Italian example of a collaboration between public institutions and private patrons. The mission was to promote awareness of emerging art – both national and international – through programmes of temporary exhibitions, educational activities, documentation and information, and entertainment and multimedia events. The Pecci Centre houses a unique collection in Italy with over a thousand works by major international artists including Anish Kapoor, Jan Fabre, Jannis Kounellis and Sol LeWitt, as well as those of great Italian artists of the last century such as Mario Merz and Michelangelo Pistoletto. Unfortunately, the collection was sacri ced to storage space for a long time due to lack of room. To ensure the sufficient appreciation of this heritage, at the beginning of the twenty-first century the Pecci Centre decided to double the exhibition space and, at the same time, to restructure the original building of Italo Gamberini which, by then, was presenting some critical and outdated issues. The extension (backed by the Municipality of Prato and the region of Tuscany through European Funds) began in 2006 and focused on building a new wing with a strong architectural impact which was linked to the original structure, the features and services of which were modernised and enhanced in the meantime. The Embassy of the Kingdom of the Netherlands in Italy has supported the creation of the new building.

Upon completion, the structure will cover an area of nearly 10,000 square metres and, in addition to the exhibition space, will house an archive and specialised library which will contain over 50,000 volumes, an open air theatre with 1,000 seats, a 140-seat movie cinema/auditorium, a performance space which will hold 400, a bookshop, a bar/bistro and restaurant, as well as workshops and various meeting rooms. And so today, after almost 30 years of activity, the Pecci Centre doubles in size. This is happening in two ways: the expansion of its headquarters but also of its cultural programme. Two profound initiatives linked through their common goal: to equip the Luigi Pecci for Contemporary Art with a new cultural energy that has the ability to express itself either through exhibition content or through physical spaces. A certain energy is required to understand and involve the area through new architecture; built and designed to add new purpose to the existing structure, to double the surface and to establish new connections between the museum and the city, between art and the region. The extension was designed by Maurice Nio – Dutch architect and founder of Rotterdam based NIO architecten – who is one the most original interpreters of the architectural culture of our time. Commissioned by the Pecci family in 2006, the project is driven by the desire to facilitate the new cultural programme of the museum. The collection of works – which is constantly undergoing change and development and which has, in recent years, also sought to endorse Italian and regional artistic production – urgently called for a new environment to permanently house the rich heritage of the collection. Nio’s project aims to in unify the centre and its surrounding area. The existing building has been completely preserved and left intact in every aspect. It is surrounded by, in the form of a ring, a new volume which – taking into account the design of the original surrounding parkland – orients itself towards the public realm.

With the new entrance at the bookshop and the restaurant, located within a transparent body on the ground floor, the Centre faces outwards, urges curiosity, invites interaction and is open to the city through an unconventional garden and large square. The highest point of the exhibition complex is reached by a feature similar to an antenna which, on the one hand, manages to portray the attempt to capture new forms of creativity present in the area and on the other displays the important presence of a place entrusted with its own promotion, clearly visible to those coming from the motorway and to those arriving arriving on foot from the city.

From the initial formulation of the project, Maurice Nio had chosen a strongly evocative title for the building: “Sensing the Waves”. This is suggestive of its receptive function (almost like a transmitter), capable of picking up and broadcasting the vibrations of present times. Below the antenna, the new layout binds the original Italo Gamberini building to that if Maurice Nio. The Dutch project is based on a systematic rethinking of expositive features which are manifested externally through the creation of an ambiguous, unexpected, unusual object which is open to multiple interpretations. It has a subtle and rational style which seems to go beyond the usual creation (in an international sphere) of art centres as large urban icons. Ensuring the attention of the international scene and consolidating its ties with the area, the Pecci Centre will take on many important objectives over the coming decades.

The extension project for the Luigi Pecci Centre for Contemporary Art in Prato by the architect Maurice Nio is part of a progressive and economically rich industrial area, but one which remains without any prominent architectural landmarks. It was conceived as an extension and connection of the existing museum, designed by the architect Italo Gamberini in 1988, with a plan inspired by the industrial landscape which characterises the area. The complex is located at the east entrance to Prato, along the slip road of the route which connects Florence to Pistoia. It is a place of crossing and transit, in which the existing structure stands like ‘the Imperial Palace in Tokyo, visible to all yet inaccessible’, explains Maurice Nio. With this view he identifies the first goal that he set himself with his project: to declare the presence of the Centre, drawing attention to the entrances – which up to today were dif cult to recognise – inviting the exploration of its spaces, its collections and the exhibitions hosted. In addition, the project is designed to integrate and reorganise the distribution of the internal paths by multiplying the possibilities of use and exposure. “Sensing the Waves” is the name proposed by Nio for the project: a statement of purpose and a plan.

The new Pecci Centre in Prato aims to act as an antenna, a sensor, a system capable of intercepting (and of transmitting) the forms of creativity and artistic production of the area. Its shape lends itself to varied forms of fantasy and imagination: a disk, a ring, a long wave, a horseshoe, a spaceship, a moonlit comma, a piercing; as if it has already been de ned. It is an object which captures, urges reactions and provokes visions. “With regard to the rigid, mechanical character of the existing structure, partly inspired by the industrial architecture of Prato, the new project” – Nio says – “offers an interwoven style of fluid and dreamy shapes. It embraces and surrounds the original building, touching it only when necessary”. Furthermore, Nio’s solution aims to establish a reciprocal relationship between the surrounding urban structures and the museum. The green area around the Pecci Centre – already home to an open air collection – has been reorganised and made more accessible and more apparent from the tree-lined avenues and roads which surround the museum complex, as well as from the large eyes, like portholes, which open on Nio’s ring. Contemporary art comes from the wings of the museum and opens itself to the city. The new spaces of the Pecci Centre are distributed throughout the ring-shaped structure which envelops the existing structure, repurposing it. Nio’s structure welds itself to the two ends of the original complex.

It consists of two levels: the lower one functions as a welcoming area and is open to the city through a glass curtain wall which runs continuously from one end of the ring to the other: the upper level is intended for exhibitions and is externally covered in a metallic coating of bronze. The ring, in addition to hosting new features, allows the doubling in size of the existing structure and diversi es its internal routes and paths. Transparency and opacity, concavity and convexity, light forms and heavy forms continuously interact creating an atmosphere of curiosity which urges the exploration of space, a guided walk through areas which includes both diverse and complementary aspects. At the top of the ring, in a lateral position relative to the axis of symmetry of the museum complex, stands the ‘antenna’ which is symbolic of the mission of the new cultural programme: to capture emerging creativity and to make its presence known to the surrounding area. According to Nio: “It is an antenna. It probes the cultural mood, looking for new trends”.

Maurice Nio (1959) graduated from the Faculty of Architecture at the University of Technology in Delft in 1988 with the project for a villa for Michael Jackson, the most unique thesis project of that year. This project was of vital importance in the development and formation of his hybrid working style. Through a combination of mental, yet at the same time, mythological and pragmatic methods, he carried out projects with BDG Architekten Ingenieurs (1991-1996), such as the enormous incinerator Avi-Twente. Since 2000 he works with his own studio based in Rotterdam: NIO architecten. His books “You Have the Right to Remain Silent” (1998) and “Unseen I Slipped Away” (2004), as well as his exhibition “Snake Space”, have been a great success. His upcoming book “The Rule of Passion in Architecture” will be published by the end of 2016. In the same year 2016, he gives to the city of Prato (in Tuscany) a new Centro Pecci, a new first Italian institution dedicated to contemporary arts (and people). 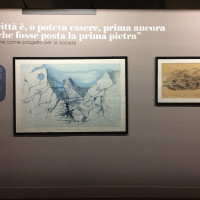 “The construction of the city” in the vision of Giovanni Michelucci 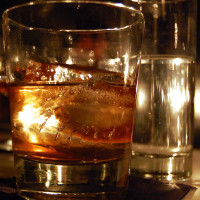 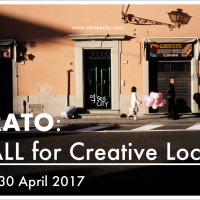 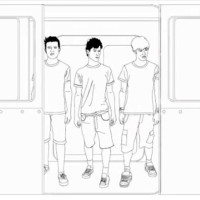