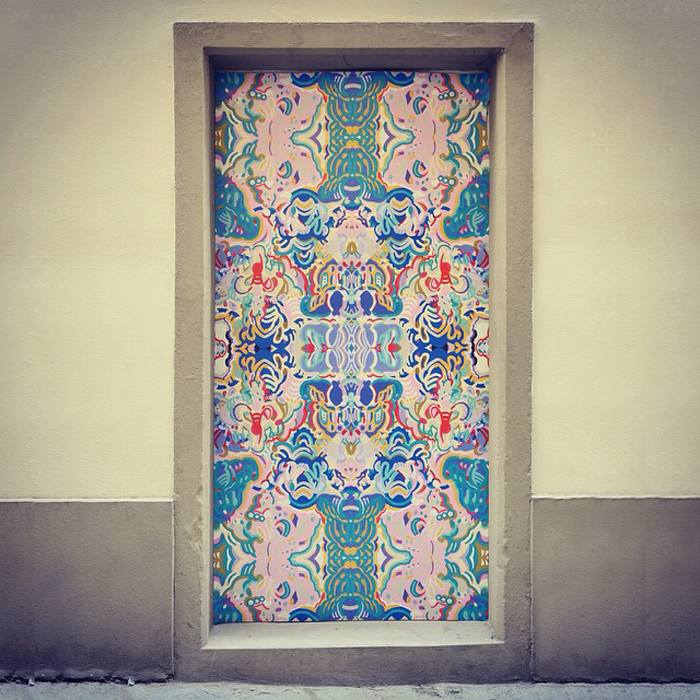 FIRENZE, 15 September 2014. 31 artists (not just Italians) have installed 44 works in 1 night, in the historical centre of the Tuscan capital, without permission. Not only street artists but also painters, sculptors, photographers, illustrators, graphic designers. “Window with a View” – Finestra con Vista (#fcvfirenze) – seems to be the first ART MOB of a series. Long and always more international, this we wish for the city!

Why did they choose that date? On 15th September 1865, Florence became the capital of Italy. And the street art is a way to celebrate the city, because it gives to its citizens or passers-by one more reason to love it, live it and re-think of it. And today, with smartphones and social media, this celebration can go around the world. Just the time of some shots shared on the web.

It’s often said that Florence is still at the Renaissance. But this affirmation seems to be always more rhetoric and false (or “true” only for the institutions that are unable to represent the society). And this event demonstrates exactly this: in spite of the usual controversy (and fines), Florence wants to be Contemporary!

“Florence is full of walled-up doors and windows. There are hundreds. They are empty frames, suspended, bordering on the absurd, that seem to expect to be honored. We don’t see them, and they, now blind, no longer see us. Inhabiting them through art seemed to be the most beautiful way to give back all the view.” – explains Yan Blusseau, organizer of the project (French art historian, bron in Lyon in ’84 but living here for years).

Interviewed by Toc Toc Firenze, points out: “We didn’t work on the facades of the buildings, we worked on the walled empty parts. Nobody has marred the historical setting, the support was the wall inside of the windows, made ​​of bricks, plaster and paint. A building is born with empty parts, its windows and its doors. We have worked on these empty parts. The historical integrity of the building is basically respected. Then nothing is irremovable. The glues are water-soluble, the silicone is detachable, paints or even their water-soluble or repaintable, the sculptures are removable. And if we’ll have to repaint, we’ll repaint, maybe even with the help of the Angels of Beauty, which were positively interested in the project that I presented to them, too.”

Below, we show you a map with all the works reported. Be curious, explore it! All installations (made with various techniques) are different and interesting, poetic, ironic or conceptual… but if we would have to choose our favorite, (for the CCTeam) this time Pattern Nostrum wins (see photo above) and it’s their first urban art-attack! You can see them all on Facebook and Tumblr but, if you can, even better to make a jump in the city before time (or some vandals) carry them away. And then we’ll ask: when is the next ART MOB? 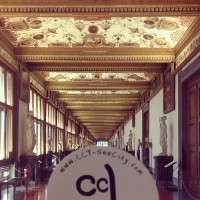 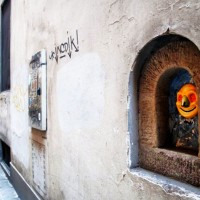 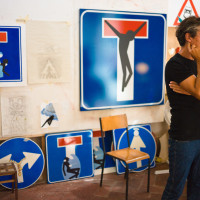 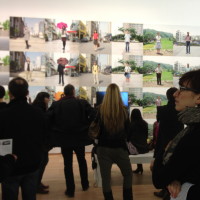