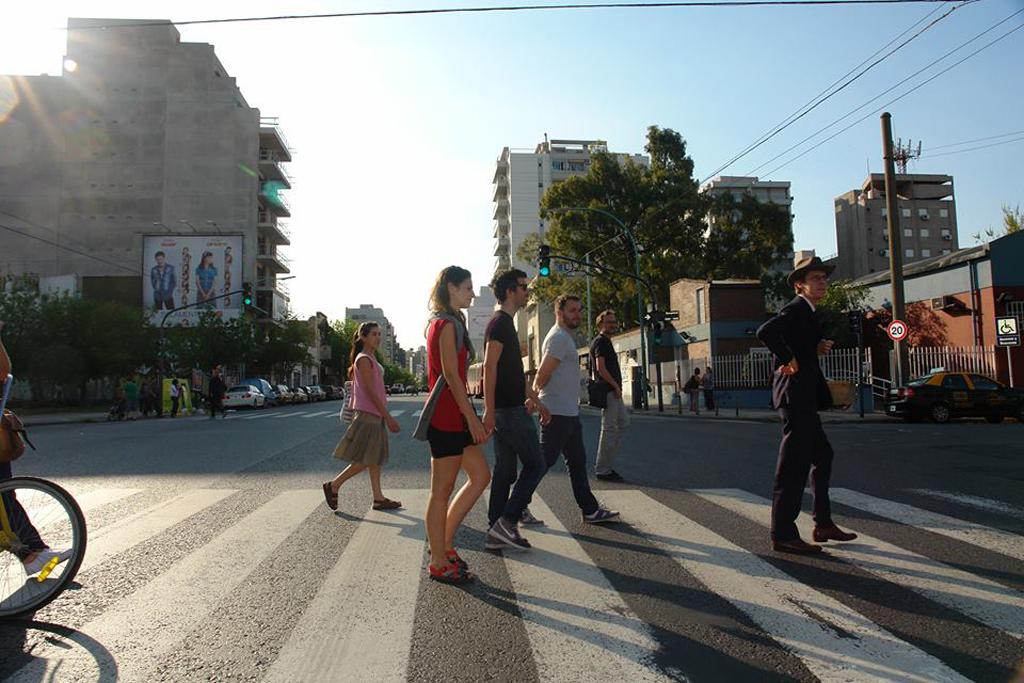 SEETIES Have you ever heard of “Theatre by foot”? We’ve discovered it at the FringeMadrid 2014 with “El paseo de Robert Walser” and we’re so in love with it that we’ll propose this spectacle of urban (or street) theatre during the eventour The [Madrid] Midnight Run (26 July). And then who knows… we could bring it to Italy!

If you also are in the Spanish capital – in addition to The #MNRmadrid! – do not miss the opportunity to walk by the barrio (neighborhood) de Usera following the Swiss writer Robert Walser (played by Argentine Esteban Feune de Colombi) while he stages his walk (directed by Catalan Marc Caellas) and his encounters with people (or characters) of the place, who knows if unaware or not to the play. When? 22, 23, 24, 25, 26 July 2014. Or if you are in Barcelona, you can follow Robert/Esteban in Poble Nou: 29, 30, 31 July 2014. 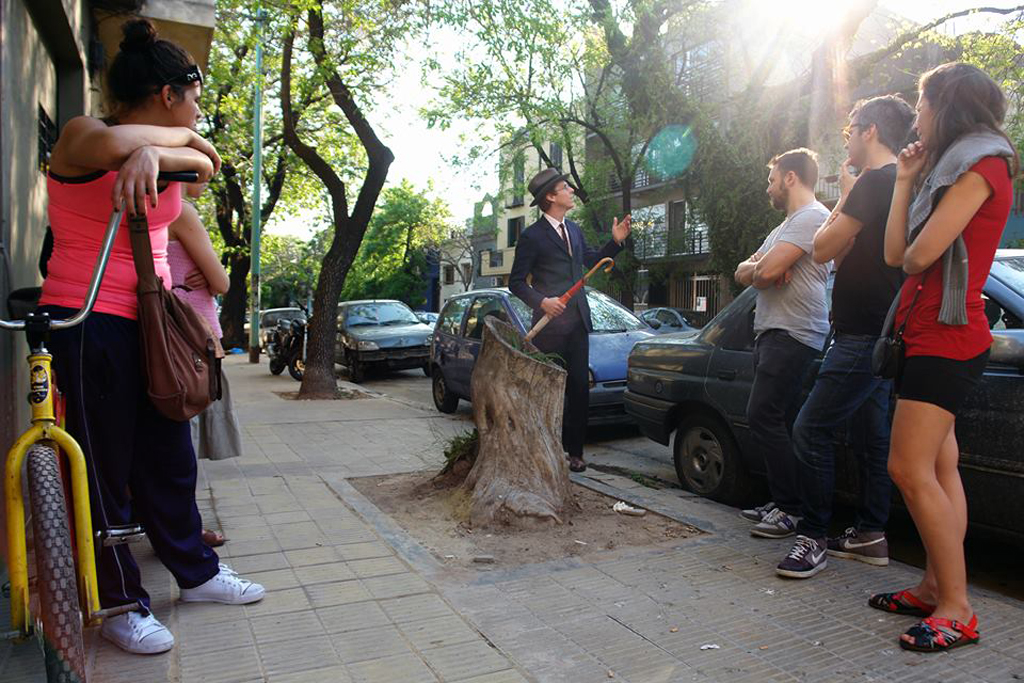 But briefly: what is “El paseo de Robert Walser”? It’s a work of “teatro a pie” (theatre by foot) where a group of people (audience) walk down the streets with Robert Walser. The artist, as the walk advances, declaims fragments of the little novel “El paseo” (The walk). He has planned or unplanned encounters with different people: a bookseller, a celebrated actress, a surprised banker or a singer in a neighborhood where all the neighbours seem – or are – accomplices of the scene. 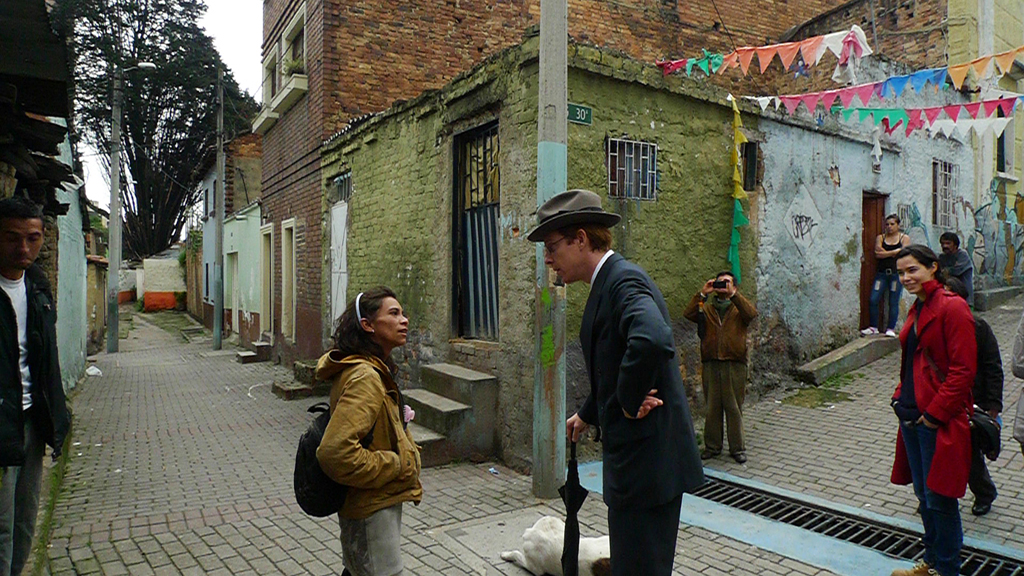 In which cities has this “theatre by foot” play already taken place? Buenos Aires (Argentina), Bogotá (Colombia) and Montevideo (Uruguay).

Why have you decided to show it in the district of Usera, in Madrid? Because it’s a barrio with character, high emigration and a curious architecture; it’s a good place, little known, to walk and wander by.

According to which criterion do you choose the neighborhood of a city as theatre set for “El paseo de Robert Walser”? The criterion changes in every location. Sometimes, everything is structured around the home of Mrs. Aebi (a character of the story), who is always different in every city; other times, it affects us having to start at a given point. The intention is always to create a stimulating walk for Robert and, above all, for the spectators, our guests. 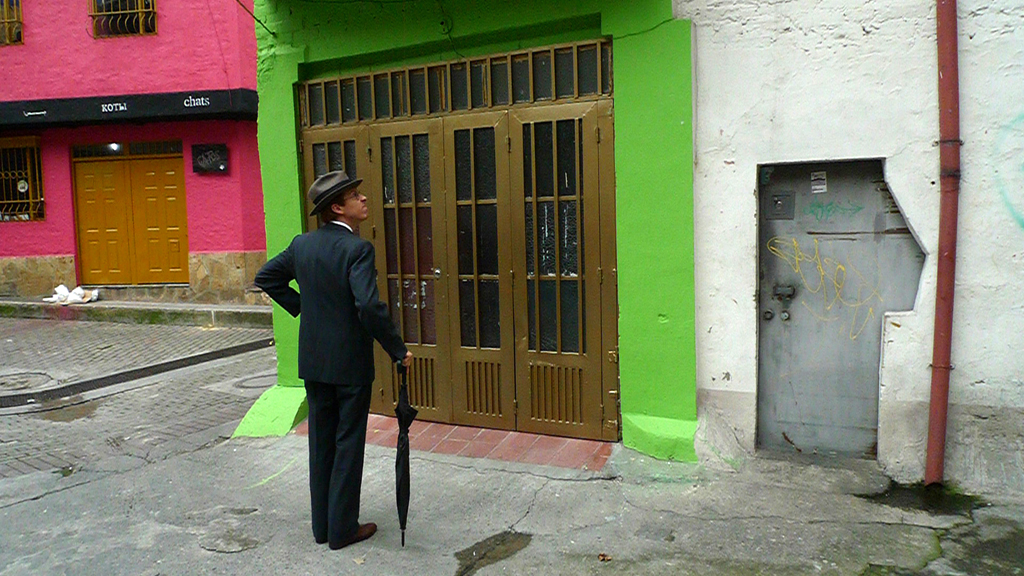 ACTOR | Esteban Feune de Colombi was born in Argentina in 1980. He’s poet, actor and photographer. Since the end of 2008, he writes, edits and publishes Galera Intelectual & Frívola, a monthly magazine in Argentina. He has published collections of poetry: Pasante (edición de autor, 2000), Lugares que no (Huesos de Jibia, 2010) and No recuerdo (Pánico el Pánico, 2012). Working side by side with Marc Caellas, he starred in Entrevistas breves con escritores repulsivos (Buenos Aires, 2011-12), a theatre work based on a book by David Foster Wallace, and in El paseo de Robert Walser (Buenos Aires, Bogotá y Montevideo, 2012-13). He starred in Por el camino, film awarded in various international festivals, and has presented three solo exhibitions of photographs. Along with Caellas he has founded the Compañía La Soledad, which has fully produced the theatrical installation Cuento mi vida (2014). | tatucho.com

DIRECTOR | Marc Caellas writes, travels and directs plays in unconventional spaces. He has published Carcelona (Barcelona, Melusina, 2011). In Buenos Aires he made his debut with Entrevistas breves con escritores repulsivos (2011), an adaptation of David Foster Wallace texts interpreted by writers, and El paseo de Robert Walser (2012), a literary and theatrical journey through the streets of Buenos Aires, Bogotá and Montevideo, which presents for the first time in Europe at the Fringe Madrid 2014. In Bogotá he has debuted with Haberos quedado en casa, capullos! (2008) and Notas de cocina (2013), by Rodrigo García, Los críticos también lloran (2009), a sort of round table from a fictional text by Roberto Bolaño, Las listas (2012), by Julio de Wallovits, and Cuento mi vida (2014), theatrical installation directed along with Feune Esteban de Colombi, with whom he has created the Compañía La Soledad. | marccaellas.com

WRITER | Robert Walser (1878 – 1956) is a Swiss writer admitted among the greatest German-speaking authors of the ‘900 (along with Kafka, Rilke, Musil). “The walk” (1919) is a short story and it perfectly represents all his work: it’s a metaphor of his nomadic writing, perpetually dissociated and abandoned to the most incongruous encounters, random and surprising, as it is precisely every avid walker – and this was Walser -, who lovingly embraces every detail of the surroundings and at the same time he observe it by an insurmountable distance, that one of the lone stranger in every functional relationship with the world. In his home town, Bienne in the Swiss canton of Berne, and in the countryside that surrounds it, the walker Walser guides us, with his desperate irony, in a labyrinth of mind, populated by disparate figures, from the most lovable to the most disturbing. By Eichendorff to Mahler, vagrancy was a rich archetype of the most radical modern literature. All that great tradition seems to be condensed in “The Walk” by Walser: «Walk, – was my answer, – I definitely must, to invigorate myself and to maintain contact with the living world, without perceiving which I could neither write the half of one more single word, nor produce a poem in verse or prose. Without walking, I would be dead, and would have long since been forced to abandon my profession, which I love passionately. Also, without walking and gathering reports, I would not be able to render the tiniest report, nor to produce an essay, let alone a story. Without walking, I would be able to collect neither observations nor studies.» 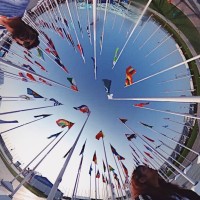 The World Festival of Youth and Students! Do you know its (hi)story? 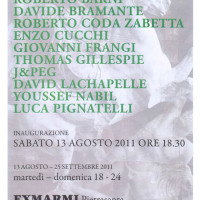 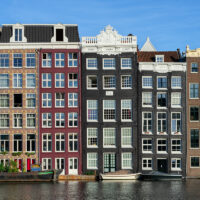 Why should you invest in a condo? 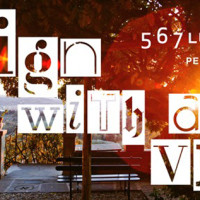