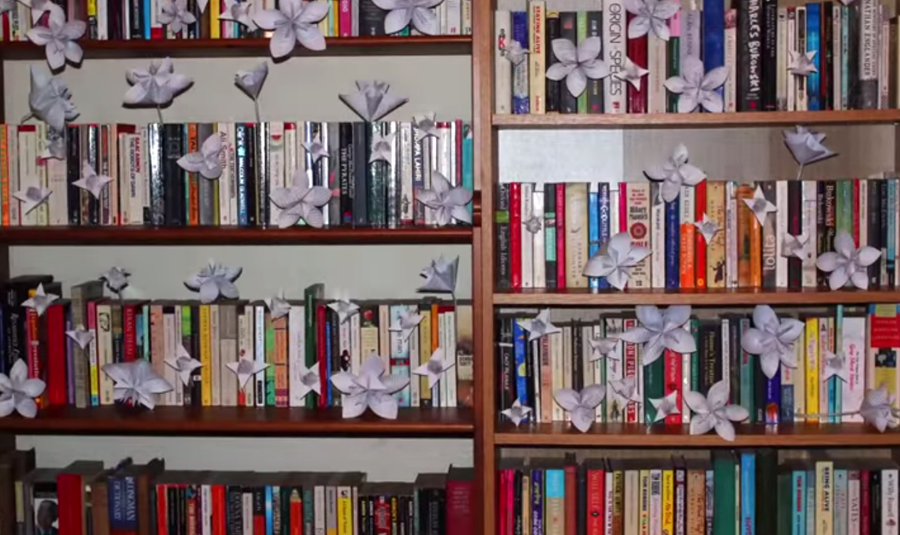 “Books Are Awesome” is the title of a poem and of a stop motion video, both by Andy Craven-Griffiths. Three weeks of work, about 3.800 frames, lots of books and lots of origami made from book pages. The result is incredible. It’s beautiful. Watch and share!

Familiar old friends, from the age when
bedtime stories play on a loop
as reassuring as closed eyelids.
Caterpillars pitter-pattered,
and we drank tea with tigers,
tickled our funny bones and
our hearts beat like wild things, quieting into slumber.
Somehow they were all about hunger.

If you’ve been called a bookworm, it’s probably a good term,
not due to the fact you’re a segmented tube with no skeleton.
But cause it’s something to celebrate, something worthwhile:
devouring earth to power it up and make mud more fertile.
Something things can grow from.

Good books are treasure
Something worth saying, in a way worth saying it.
An author’s best thoughts poured out with imagination
then refracted through language, and the many moons of practice
to produce books that make brains buzz and fill us with feeling
The months, the years, they take to make
and we can read one in an evening, or two.

Books are new views, to add to our skull-sized universe,
a million tomes of brilliant thoughts, a growing dot-to-dot
you can connect to make your own constellations.
And when the patterns are overwhelming,
the elaborating ideas are like neurons
and they branch out
till your head’s on fast forward,
you’re shouting over your own thoughts
‘til you can’t take much more of it.

So you read yourself calm.
Cause books a meditation, an anchor to the present
away from past mistakes and the impending doom of our future,
books are a focus,
an Om to now, a conscious moment.

They are windows out of locked rooms,
an escape from the everyday,
building blocks for new worlds,
adventure and entertainment.
Dragons, wizards, Orcs, Trolls,
journeys through the forbidden,
wars fought for a sort of control
and all freely given (go to your library).

They are bridges, each hybrid:
part reader, part writer.
Giving the perspective of someone else’s version,
they’re the closest we can probably get to being another person.
A way to reflect on ourselves by seeing each other, books are mirrors.
Making it clear we’re all made in the same basic image.

They can be hope, something to believe in,
Frederick Douglass, Shakespeare in Mandella’s cell, a kind of freedom.
They’re the first thing dictators do away with.

Cause books are answers, and books are new questions,
a way to remember, and a way of forgetting,
And I can’t get them into my brain quick enough,
can’t tip them in, I wish that I could blend them up
and gulp them down, just drink them in,
soak them up like a sponge, or inhale them or just think them in,
until I’ve read them all.

Cause books are awesome. Be a bookworm. Books work.
Best way I know to make things grow, to fertilise the dirt. 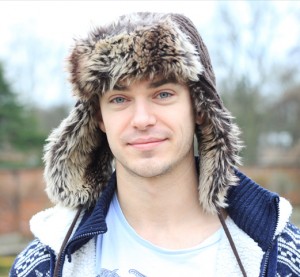 Over 15,000 young people have benefitted from Andy Craven-Griffiths’ writing and performance workshops since he began running them in 2007. As a poet he has performed most extensively live on stage (Glastonbury, Latitude, BAC) but has also had work broadcast (Radio 1, Radio 4, BBC 2), and printed (poetry journals such as Magma, Ambit). As well as schools, clients include Arts Council England, British Council, Rethink Mental Health, First Story, The Letterbox Club. He has a chapter in the forthcoming book “Making Poetry Happen” (Bloomsbury, 2015).

Andy is also lead singer / rapper with his band ‘Middleman’. The band have toured everywhere from Reading Festival to SXSW, Texas, and played live sessions for Radio 1, 6 Music and XFM. Middleman’s music has also been widely synchronized (Channel 4, Channel 5, NBA2K11). 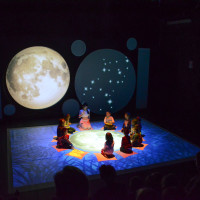 Prato: a changing city with the “sharing culture” 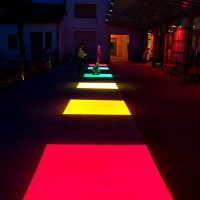 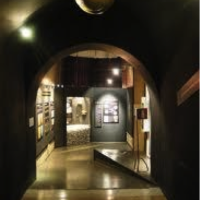 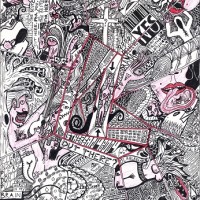