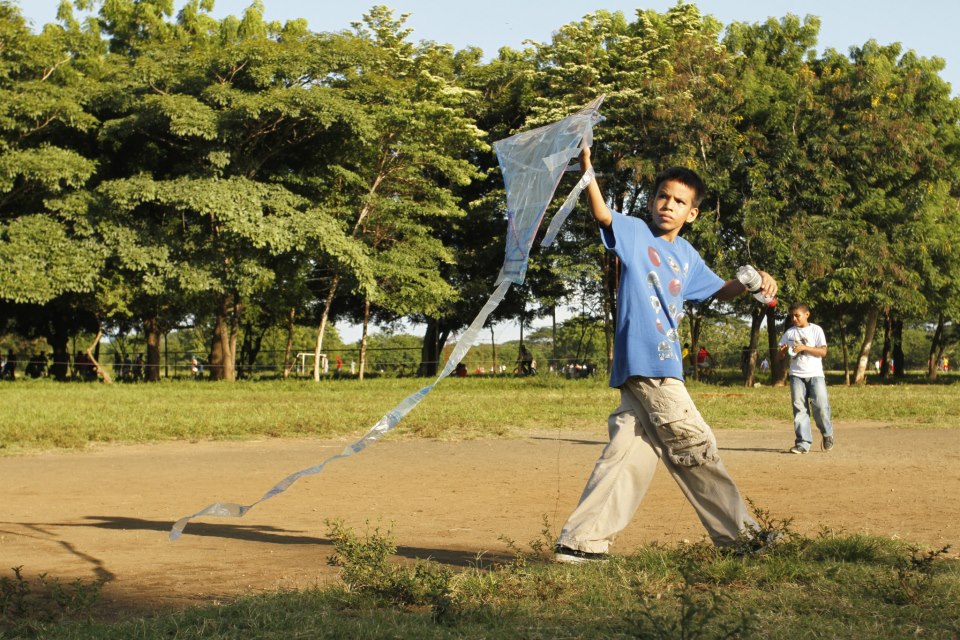 LEÓN This is one of those stories that make you feel a thrill of joy. That make you smile and love the world. It’s a short story, as just started, but the energy and the enthusiasm of the first chapters make you already believe in a better future. This story begins with an encounter in Nicaragua, Central America, between two people from different and distant countries: Paolo Proserpio, Italian photographer based in Milan, and Suhail Abualsameed, Jordanian graphic designer from Amman (capital of Jordan); they are both travelers and in fact they meet in a meeting of the famous travel community CouchSurfing, at the end of September 2012, in the city of León. 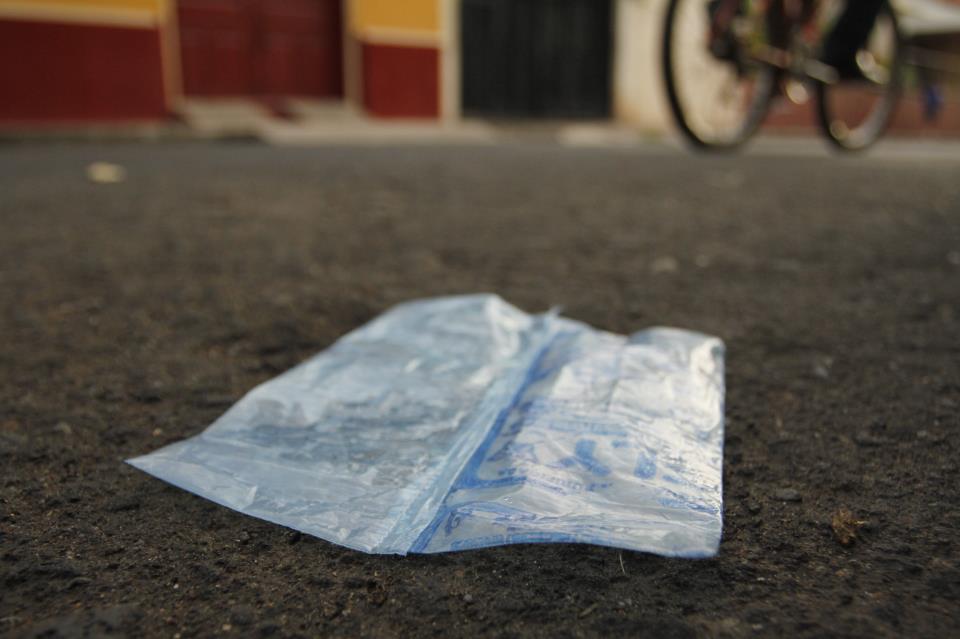 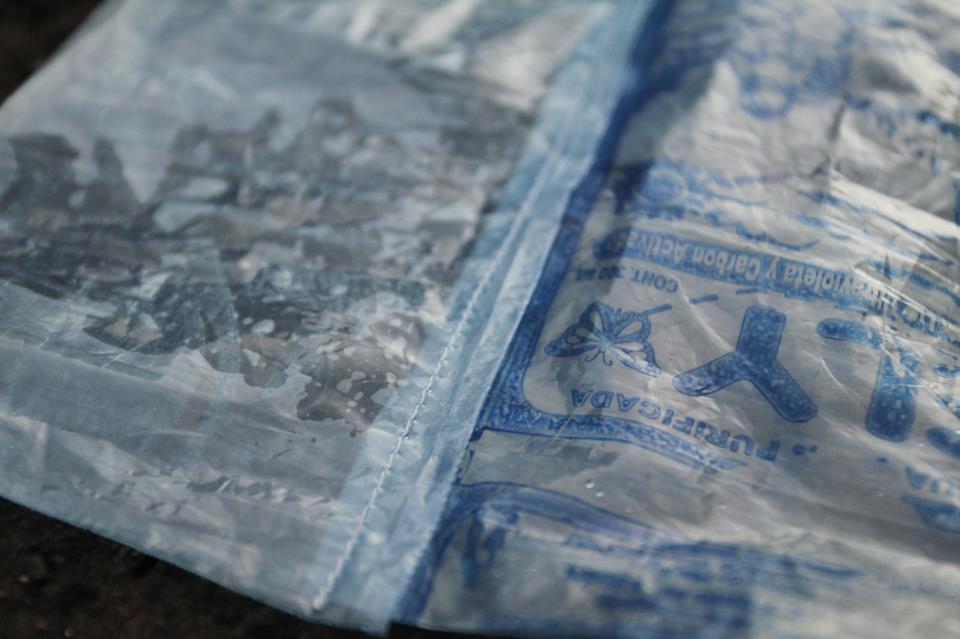 Among the questions about the city, one in particular makes the conversation more interesting… Paul says to Suhail he has noticed that the streets of León are full of “bocitas de agua” (plastic bags containing fresh purified water; they are sold in banquets as “refrescos” and kept cold in bins with crushed ice); these bags are really everywhere and there should be a way to recycle all this plastic… But which one? They begin thinking together to a possible solution. The plastic bags could be turned into something else, instead of remaining on the ground polluting the urban environment. But what could they become? This issue brings some memories to Suhail’s mind and then an intuition. Here the answer: kites.

Paolo e Suhail discover they share the same will to change this state of things with a real social impact project. The name couldn’t be more correct: Trashy Kites. 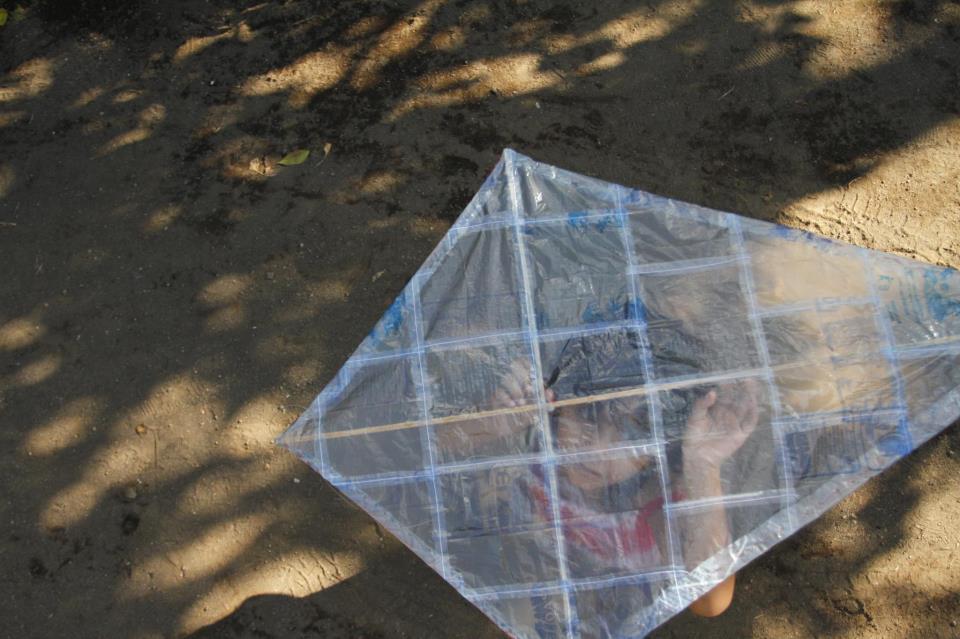 The first TRASHY KITE to test

The TRASHY KITE ready to fly

The first aim of the project is therefore to collect and reuse “bocitas de agua” that would otherwise accumulate in landfills, scattered among the forests and oceans or incinerated releasing dioxins. The basic concept is “upcycling” (recycling and reuse), so the use of material and objects that have been already used somehow to create other objects with a new value. The initial goal is to create kites to self-finance the project and later it’s to create any design object – such as handbags, purses, cases, beauty cases, mobile/laptop/tablet covers, shower curtains, etc. – and then to generate labour demand and new jobs. In the short term, the sale of these accessories will become an income for the most needy families, of which the children work instead of going to school. This maybe can make parents consider the opportunity to invest these money in the education of their children. In the long term, Trashy Kites will finance other projects with the same intention of reducing child labour and street children, at least in the local community. 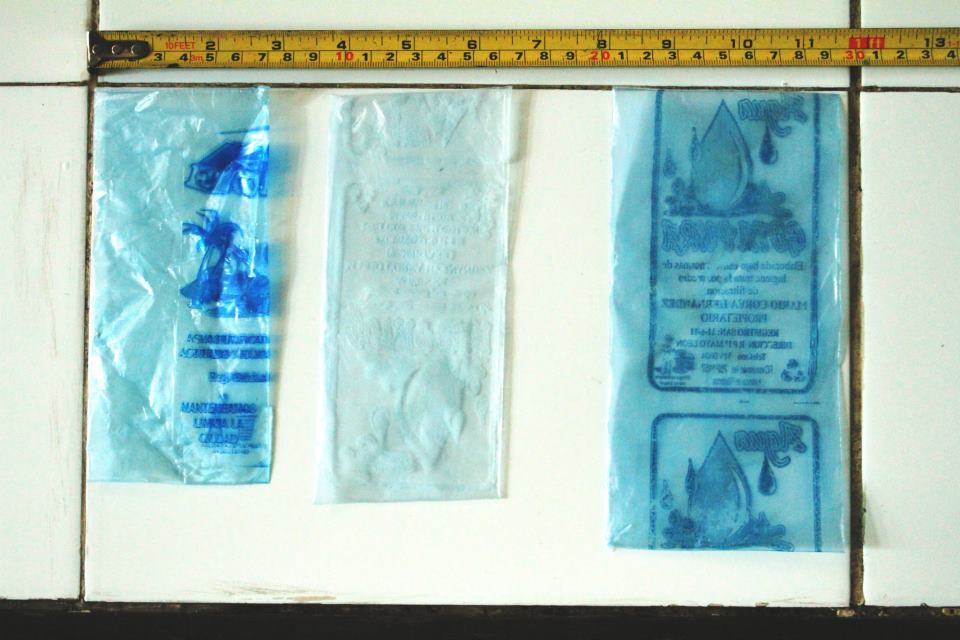 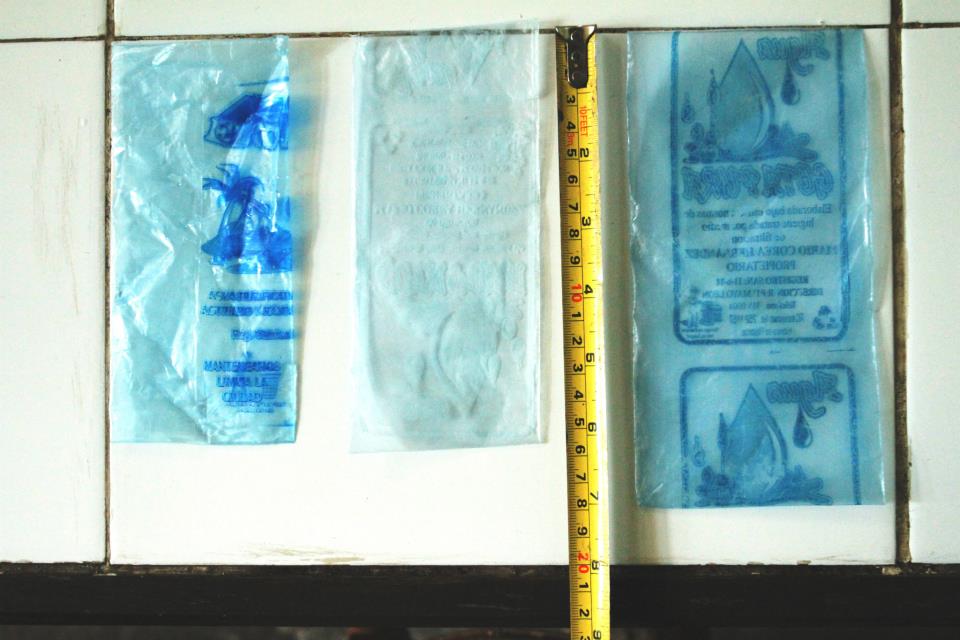 Trashy Kites is open to any type of contribution, to any creative and concrete idea able to lend a hand to produce locally, in León, “upcycled” design items made with “bocitas de agua”. For example, if you are a fashion designer and you have old paper patterns or samples, or you would like to create an accessory or even a  collection with this recycled material… you must know that here they are looking for you, because they want to start a production with the local families! (If you are interested, at the bottom of this post, you’ll find all the contacts).

After this introduction, I let you read the short story by Suhail about the origins of this adventure… 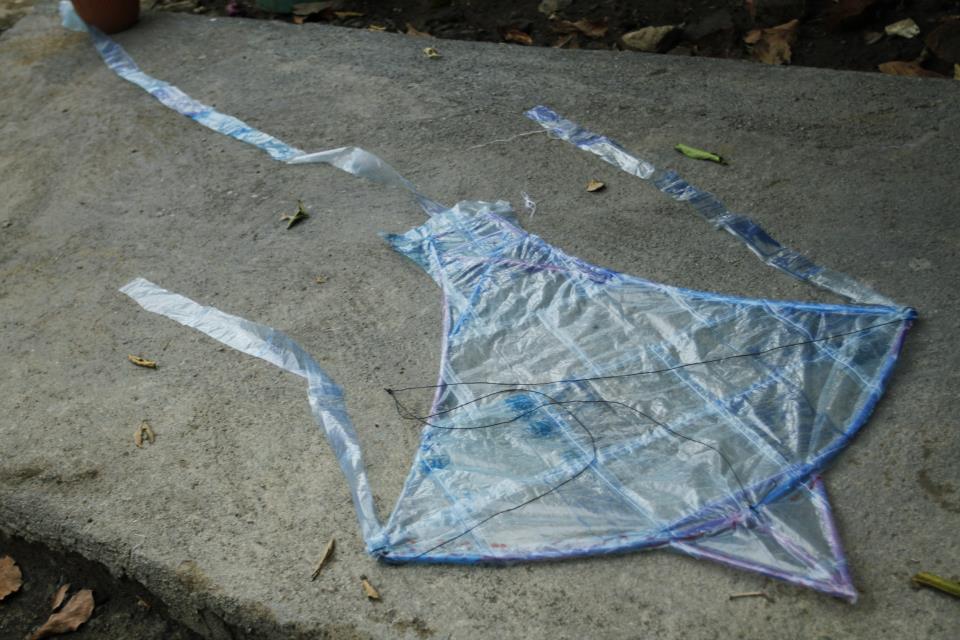 The TRASHY KITE is 99% upcycled 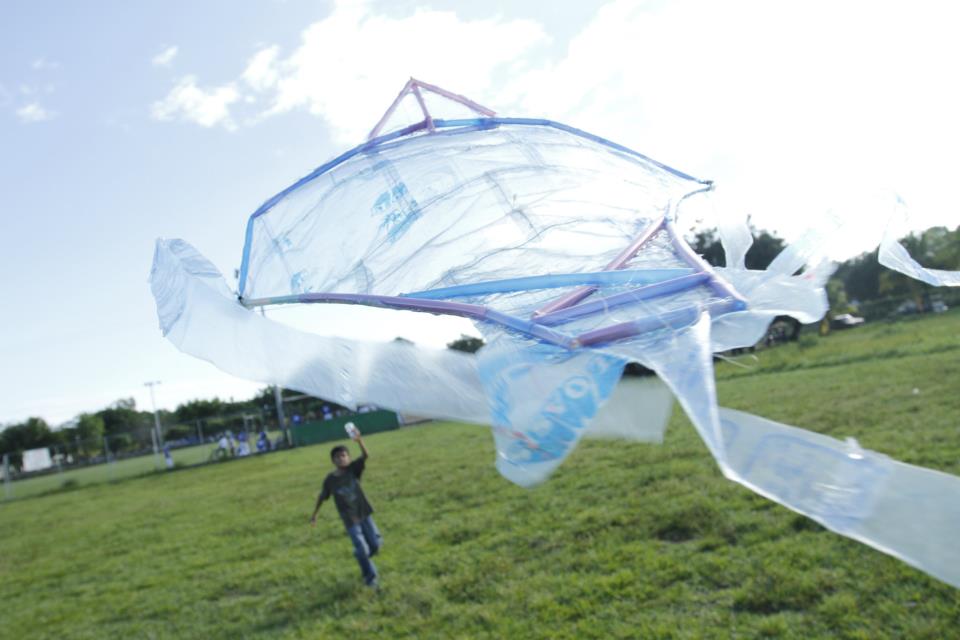 The TRASHY KITE is made with straws and water sachets

When I met Paolo in León, Nicaragua, I could see a sparkle in his eyes and I knew he’s someone I will connect with during this Couchsurfing weekend. It took us a couple of days to have a “real” conversation, beyond the mandatory 20 questions: Where are you from? How long have you been travelling? Where to next? How long have you been on CS (Couchsurfing – travel community)? And so on…

It’s like we were filtering everyone out, figuring out who to get drunk with, who to talk music with, who to climb up the roof of the cathedral with, and… who to talk about the thousands of trashed plastic water bags all over the city with.

When Paolo shared his frustration with all the plastic filling the streets of León and the need to think of a way to “upcycle” the disposed bags into something useful, I – coming from a community with development and engagement background – immediately started thinking of how to involve the local community in the solution, and that brought back memories of favela Santa Marta in Rio de Janiero.

In early 2010, I fulfilled one of my travel dreams by spending a month in Brazil. I’ve had enough couchsurfers from that country to get me excited and motivated to go there. Brazil had stayed as a country “I want to visit” in my CS profile since I joined the travel community back in 2004, and I never really thought I was going to be able to move it to the “countries visited” category in the foreseeable future. The country is expensive, far and very unfamiliar. But after establishing that my favourite surfers are the samba people and having made such close friends with almost every Brazilian I hosted, the country and culture did not seem so unfamiliar anymore, and with having places to stay for free in every major city there, cost became much less of an issue.

In Rio, I knew that my visit will be incomplete and almost meaningless if I kept the infamously dangerous and poor favelas as the backdrop to my vacation pictures. They are so prominent in the landscape and culture of the city, visually, socially and historically. So when Junior and Camila said they would go with me on their first excursion to one of those colourful hills I was beside myself in excitement. It was their first time also which made the visit even more special.

In the favela we saw many young kids playing in the alleys and on rooftops, they did not go to school and some had no parents or homes. We got to know 3 young girls, the oldest couldn’t be more than 6 years old, hanging out in an alley. I was told that both their parents died in drug and crime related violence and now they are homeless living between the crumbling houses and off the charity of community members who provided food and sometimes shelter. I also noticed that one of the favourite pass times for kids there is flying kites. Very basic, self-made paper and sticks kites. Kids ran on rooftops trying catch enough wind to get their little paper planes to get off the ground and join the symphony of antennas, satellite dishes, clothes drying on lines, and the – out of place – statue of Michael Jackson in forming this nonsensical collage that decorates the frame view of favela Santa Marta.

One image though that stuck in my memory more than any other that day, was that of a very young boy (3-4 years at the most) who was running behind other kids flying kites. The young boy wanted to join the game, but he was neither old enough to figure out how to build his own kite, nor did he look like he had the means to get the basic material to make one. The boy tied a plastic shopping bag to a string and was running around trying to get the bag to catch the wind and fly. The bag, not surprisingly, did not fly. That image was nothing but sad.

Paolo shares his frustration with all the plastic filling the streets of León and the need to think of a way to “upcycle” the disposed bags into something useful.
– Paolo: What can we do with the thousands of small plastic water bags trashing the streets of León every day? What can be done with them to be reused and “upcycled” into something useful?
– Suhail: How about… we make kites. 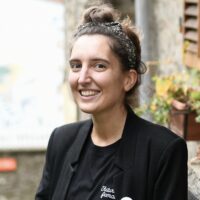 Postcards from Pistoia that smile: faces and words of some people met in the city and surroundings 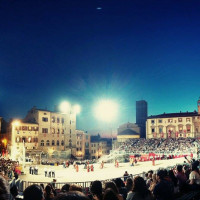 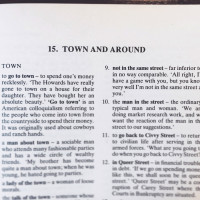 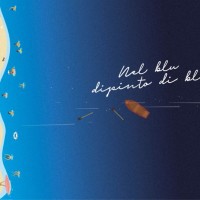