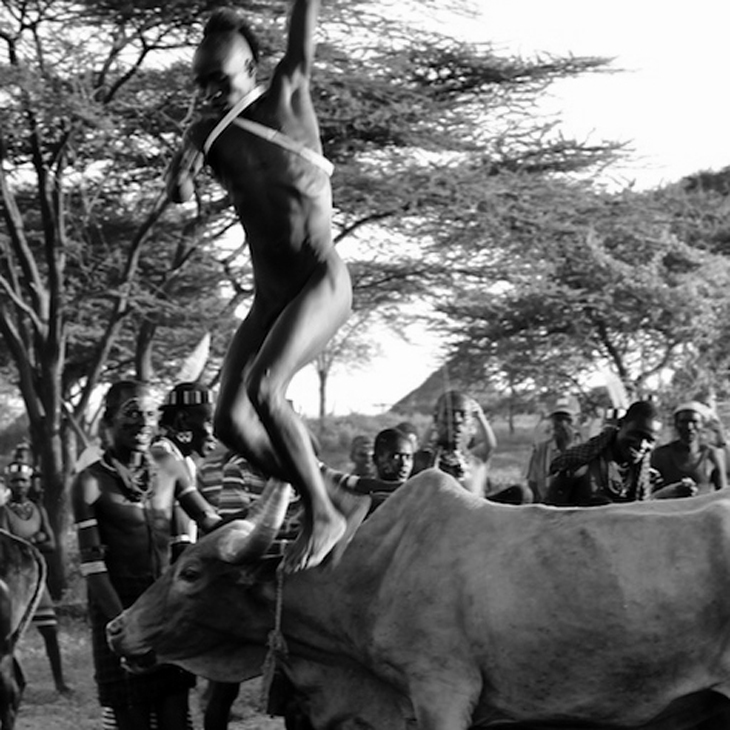 ETHIOPIA It’s four o’clock in the afternoon in Ethiopia, the Savannah is incredibly hot and a boy, completely naked, is staring with wild eyes nine bulls laid out before him in a row. There is bustle all around, but he seems not to care, he is focused, he has a goal. What will happen in the next few minutes will mark indelibly his fate, for better or for worse. Everything depends on him, on his coolness. No one will help him, but they will all be watching him. Whatever happens it will soon be all over and his life will be happy or damned forever.

But how did we get to this point? 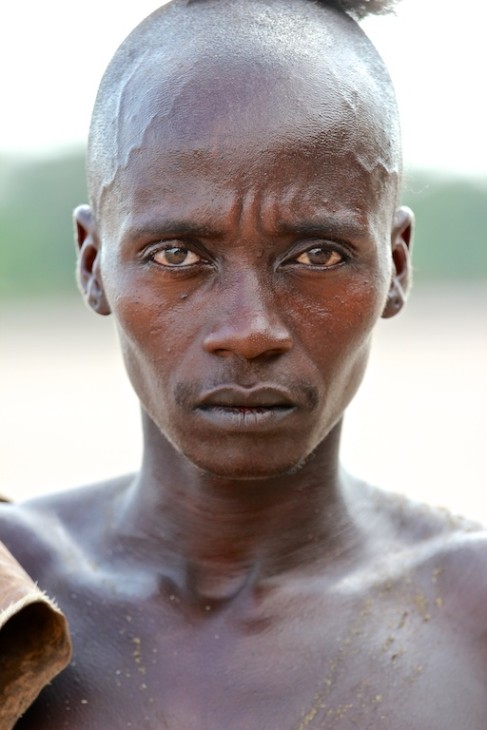 Local traditions are the best thing that a Country can show the rest of the world, it ‘s their legacy, the brand that makes them unique. But when a Country is made up of different ethnic groups who still live with traditions and customs of thousands of years ago, then things can get complicated. And that’s what happens in Southern Ethiopia, more precisely in the Omo Valley, where more than 30 different ethnic groups share the land, each in search of its dimension and of its own space, each one so proud of its traditions, especially of the “less conventional” ones.

We are among the Hamer, one of the most influential tribes of the Valley and the event we are about to witness is the ceremony of the bull jumping, that’s to say the test every young boy must overcome to become a man and be accepted by his tribe. If he succeeds, he will return to his village head-on and ready to start his life as a warrior. He will take part in the decisions of his tribe, he will be able to build a family and live happily together with his loved ones. But if he fails, then he will be considered as an outcast, teased all his life, expelled from his own village and from any other Hamer village of the whole nation. He will be forced to wander alone for the rest of his life or to join other outcasts like him and spend his life as part of a pack of loose dogs without rules, without access to common resources, rejected and forgotten by their tribes and by their families without possibility of redemption. 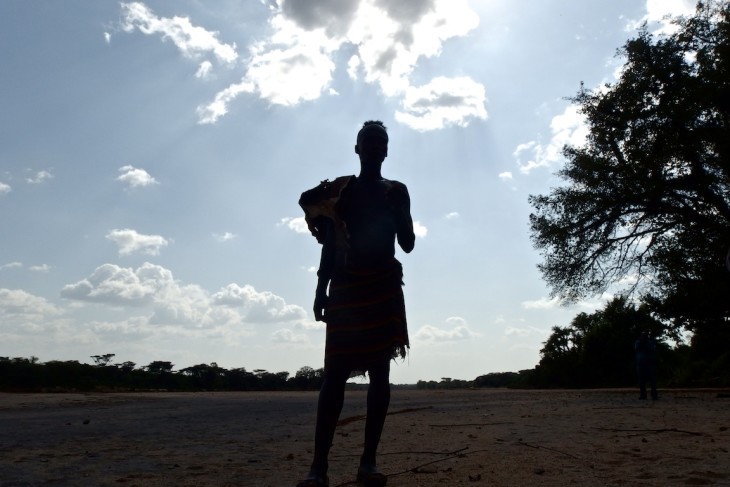 Yeah, traditions… glory or damnation? Respect for the history or denial of common sense?

The point is that this tradition in particular, the jump of the bull, involves not only the boy in question but also his family and his relatives and it will have devastating (physical) consequences on some of them regardless of the outcome of the test. It all begins in the morning, along the river bank. The boy has to be ready for what he will have to face, for the test of his life. And right now his whole family has the role to support him by showing their love and their trust in him.

This is the most brutal part of the ceremony, the part that the Ethiopian government has been trying for years to take off, but it seems that the Hamer people have no intention to give it up. The women of the family, sisters, cousins, distant relatives are called to demonstrate their attachment to the boy and their empathy with him getting literally flogged by other men of their village with leafless branches provided by themselves. The “lashers”, personally chosen by the boy among those who have already passed the test (Maz), are reluctant to rage against women and try to avoid it, but they are chased, provoked, heavily insulted by them. And tradition has it that a man can not pass provocations like that without consequences. So the step from words to deeds is almost immediate. 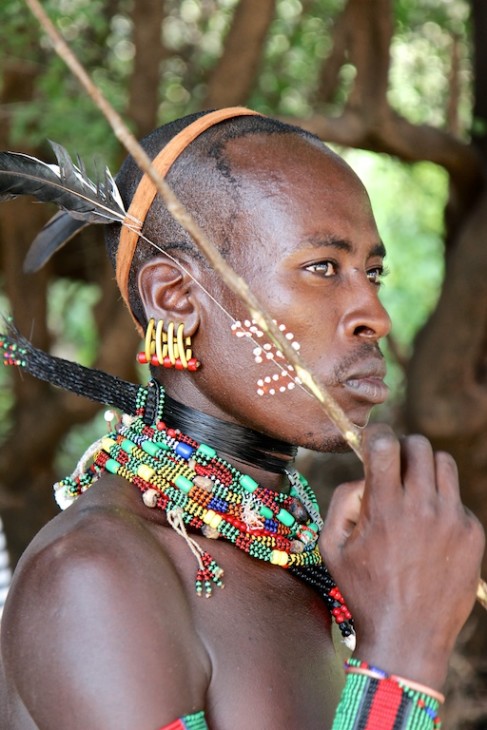 The more lashes women receive, the stronger is their their silence after each lash, the more visible and bleeding their scars will be, the more their love for the boy will be and the more he will feel brave to face the final test.

This absurdly ruthless and raw show goes on for a couple of hours, while the boy wanders among the women with fixed gaze and almost lost in the void. It looks like he’s picking up energy from everything that happens around him trying not to waste anything. 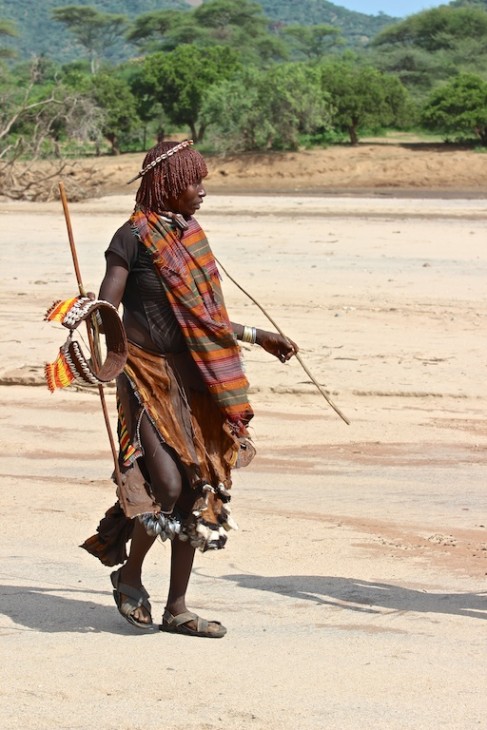 After a little break, it’s time to switch to something more relaxing, the propitiatory dances about what will happen soon. Then the caravan moves and walks slowly to the place designated for the bull jumping. The boy walks along these kilometers with a phallus shaped stick which will then be kissed by the girls of the tribe always as a good auspicious.

Here we are back at the beginning (or rather the end) of the story. We are in a clearing in the middle of nowhere, where other villagers have already prepared the field for the challenge. Nine bulls are lined up next to each other. Each bull is held still quite difficultly by two men, one who holds it by the horns, one by the tail. The boy is on the sidelines, naked, filled with a tension that is hard to imagine for any “Westerner”. The village sorcerer has purged the bulls with a sacred ritual and now is next to him trying to infuse courage and confidence that are needed to accomplish the feat.

The boy will have to run jumping on the backs of bulls for three times in a row without falling, under the eyes of (his) world. Yeah right, but this cannot be that difficult, can it? After all has been training for months to prepare for this event. Too bad we’re not in the Olympics, this is real life and if you mess up you certainly won’t be aloowed to try again in four years. It’s the only chance you have to prove you are ready to become a man and there will be no appeals. Now it’s just you, your fear and nine sweaty and restless bulls. How can such a young boy bear all this pressure?

There we are, it ‘s time to start. The entire audience hushes. The boy prepares, bows his head to collect the last glimmers of courage, takes a short run-up and begins to run towards the bulls. Just a few steps and then he takes a leap that allows him to be above the first bull. The crowd begins to scream to boost him. But when the guy puts his foot on the fifth bull’s back, the animal gets nervous and makes a step forward making our hero lose his balance. The boy falls tumbling to the ground and the audience falls silent again. They all turn to the group of “judges”, the village elders. The discussion is fast and the decision is unanimous: that the fault lies with those who were not able to hold the bull, the boy is not to blame. The test is not invalidated, the crowd pulls a sigh of relief, but we have to start over. The bulls are lined up once again.

This time the boy has a different look in his eyes. He seems more confident, more convinced of his possibilities, he is calmer and less tense. Here he goes again, and now nothing can stop him. First race, he jumps on the backs of bulls with impressive lightness and arrives on the other side without any difficulty. Second race, he has the sun in his face but he goes stright with his arms wide open to have a better balance. Third and final race, the boy has now defeated all his fears, all that’s left is the concentration to finish the challenge. At the finish line, besides the bulls, his father is waiting for him. It’s the last effort and the boy shows once again his great skill getting perfectly to the other side. It ‘s over, he made it. The crowd screams of joy. His friends rush to embrace him. And finally a brief but significant smile appears on his face, the first since the beginning of this long day, the first of his new life as a man.

Obviously we are not allowed to enjoy the party that will be held in the village for two days and two nights without interruption, but our thoughts will be with them and we will imagine them dancing, drunk and happy… Another man was born and he’s about to start living his life as an adult. 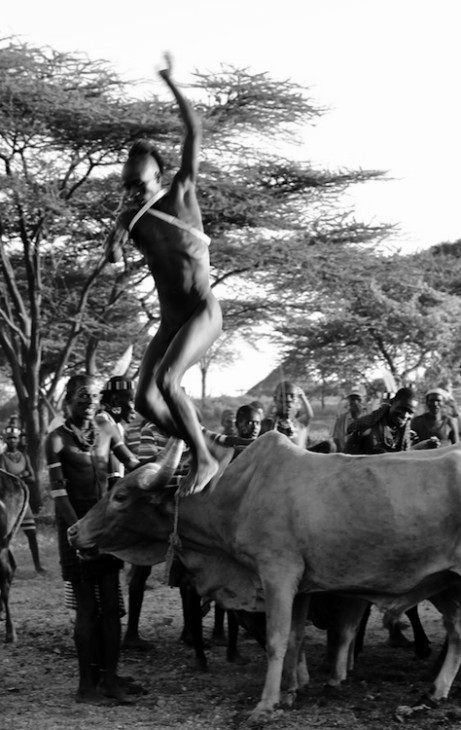 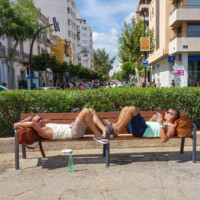 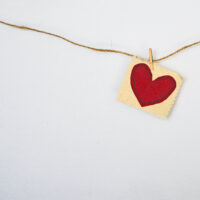 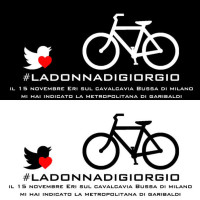