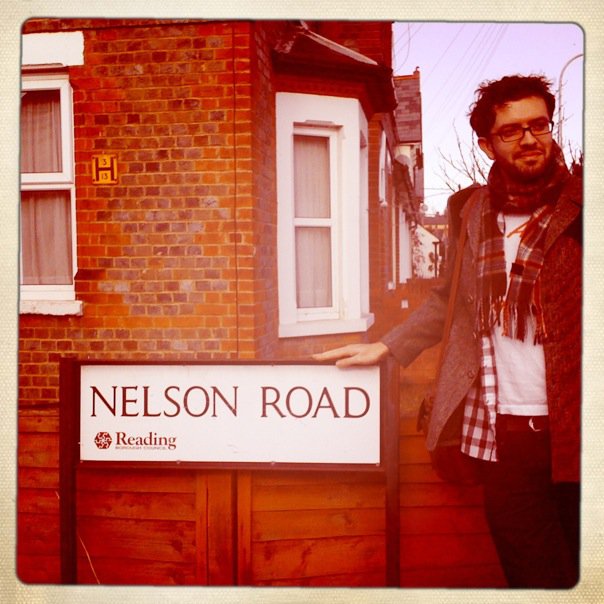 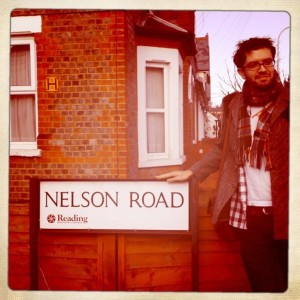 The first little piece of magic of our trip was provided by Roque, A.K.A. Rocky – street shoe-polisher, photographer, former drug dealer, ex-con, cop-killer, UK punk fan. “I’m gonna sit down. We will talk. Is my hobby, to meet people of all the world.” He sat down on the pavement in front of us, the huge Cathedral Metropolitana looming behind him; assorted others perched as we were on the low walls of the flowerbeds in the small plaza to the right of the imposing structure – shoppers, tourists, street-sellers, families, beggars, hawkers, the elderly, the obese, rockers, BMXers – resting their feet, picking up green nacho snacks or hanging out; all keeping an eye on the darkening sky. Behind us, the ruins of the principal temple of the Aztec’s last capital, now buried, largely lost, beneath the sprawling behemoth that is modern Mexico City. 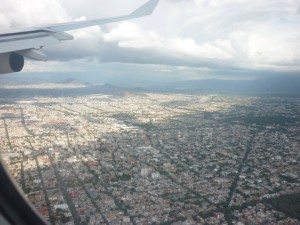 This massively significant site was thought to have been lying all these centuries under the Cathedral until it was discovered by chance by a gas company putting down new pipes in 1978. This revelation means that now we can see the spot where the migrating Aztecs, who had left their homeland some two hundred years before, finally espied the sign that was prophesised this was to be their new home: an eagle devouring a snake atop a cactus. (No wonder it took so long.) The fact that this was on a small scrap of land in the middle of a vast lake-swamp mattered not – they reclaimed the land from the marsh and water and the precursor to the second largest city in the world was born. Now the whole basin has been reclaimed and built upon, and all up the sides of the mountains that surround it barrios (slums) have popped up, extending out into the valleys and basins beyond for mile upon mile. 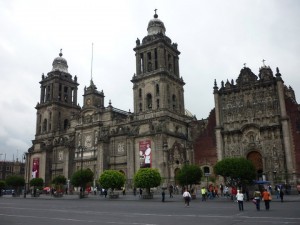 As Rocky chatted with us, a child-like forty-something, my eyes kept on being drawn towards his baseball cap, sitting high on top of his round head, his smiling eyes, indistinct scar from his right temple to his cheekbone, the hairline receding. He had decorated it himself, and during our conversation he alluded to it several times. On the front was a hand-drawn picture of Christ, glowing, cartoon-ish and kitsch. On the back, it’s owner’s name, ‘Roque’, and on the left side was the word ‘Tapito’, his neighbourhood. He taught us an expression, widely used in Mexico City, that apparently originated in Tapito. “Chido la banda. Is not a bad word, see?” he said, repeating it to some ladies next to us and giving the thumbs up. The first, an elderly woman, raised an slightly disapproving eyebrow as if to humour but not encourage him. The second lady smiled though, and repeated the gesture. Rocky tried again with a small girl and her mother sitting next to us – they beamed, put their thumbs up and shuffled along the wall, closer to us. I pulled in my bag, aware that I must always remain vigilant. But they were only curious of us. Rocky started to write it down in a notebook, but I stopped him and asked him to write it in mine instead:

“You can say it to every person, the shoe-cleaners, the taxi-mans, every person, and when you go to other places of Mexico, they will know you are from here.” In return, we taught him our equivolent, “Cheers, mate.” 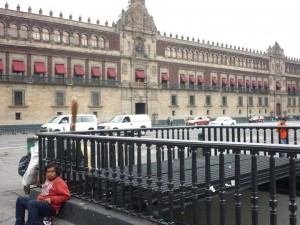 Rocky wanted to know more English expressions, he wanted us to write something that he could read and it would help him with his life. He had done and dealt drugs before, but “I finished to do drugs three years… and two months ago. I don’t do drugs now. Now, is better.” He told us he had been in prison, that’s where he’d learnt English. “I went to prison because I killed two police. They arrived one time and I just shoot them, so I run and I jump into the garbage, and I hide there and when one police, he look for me, I hit his head and his brain fall out. Prison is very bad, but I learn English there.” The girl and her mother had left by now, after we all had introduced ourselves with “mucho gusto”. I wrote in Rocky’s notebook (a sign of good character, I believe, one who carries a notebook): ‘To yourself be true’. After chewing it over, he tried it. “Yes, be honest. Be honest with tourists also. I don’t to steal now.” He wanted more. I wrote:

‘All the world is a friend’
‘Treat others how you would like to be treated’
and
‘Keep smiling : ) ‘

He wrote the Spanish for the latter in my notebook: ‘sigue soarieado’. The air had grown heavy, the sky was black. We felt a few flecks of rain. “What’s ‘take care’?” I asked. He wrote, as the rain drops increased, ‘take care is cuidate’. The heavens opened – “We hide in the Cathedral”, he yelped. We pulled up our brollies and followed, to tell him we had get going. I gave him ten pesos (around 50p), the amount he originally wanted for cleaning my boots. I shook his hand. Cuidate, take care. And as we parted, I remembered, “Chido la banda”. Thank you, friend. 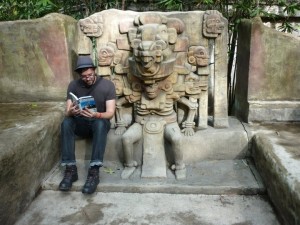 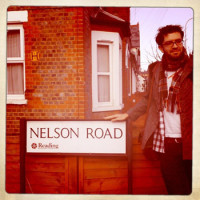 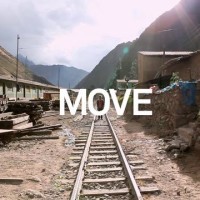 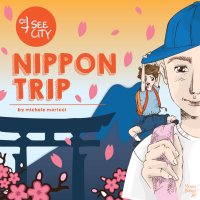 Nippon Trip: 7 destinations in the Land of the Rising Sun 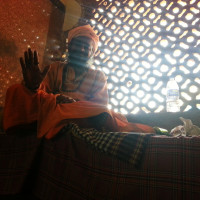 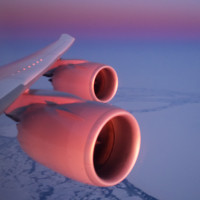