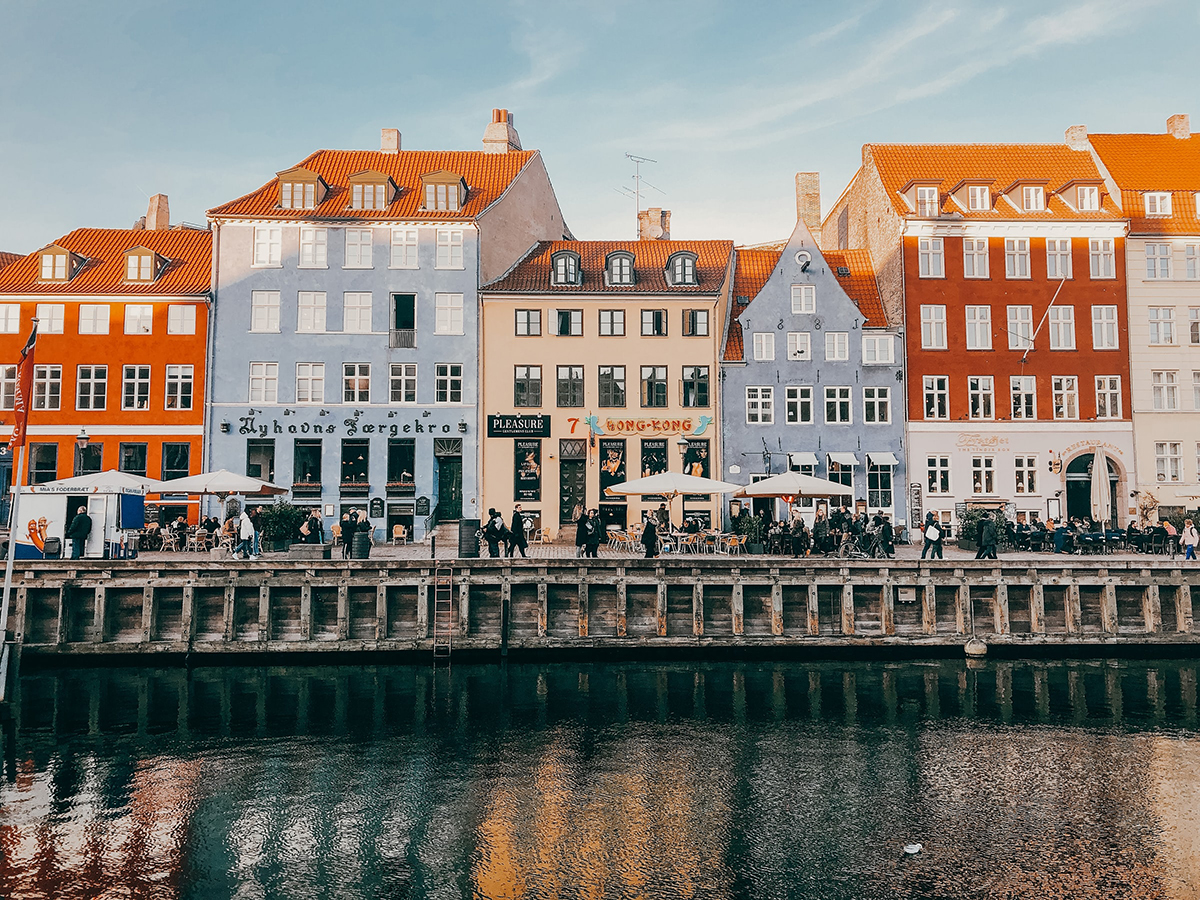 COPENHAGEN is a pleasant city to live in, where the bicycle dethrones the car and the (little) mermaids stand guard. It is, therefore, explored only on two wheels or on foot. You can choose between the very photogenic old port of Nyhavn – showcasing café terraces and old rigging – and the district of Christianshavn – the Danish “Little Amsterdam”, built with its feet in the water of the Oresund. It is here that Christiana lies –  the “free city” which acts as the Danish microcosm of street art, music, and cannabis.

How good it is to walk or cycle through the streets of Copenhagen! Built on two islands and crisscrossed by charming canals, the Danish capital is a very pretty metropolis on a human scale. With almost two million inhabitants, this city of culture and history on the Strait of Oresund, on the edge of the Baltic Sea and facing Sweden, is also, most importantly, the champion of ecology, with its 350 kilometres of cycle paths irrigating the whole city.

Who has never wanted to take off to try the adventure abroad? The problem is finding where to go. Is the grass really greener elsewhere? Well, it seems that in Copenhagen, it is – at least when the grass in question is not covered with a thick layer of snow. Copenhagen, the welcoming city par excellence! Here’s why…

1. IT IS ONE OF THE SAFEST BIG CITIES IN THE WORLD

Denmark regularly comes in highly in the rankings of the safest countries in the world. Logically, Copenhagen is, therefore, by extension also very safe. Though a city in which the atmosphere is reassuring, it is of course still not recommended to walk around at 3 a.m with wads of cash in your pockets.

For those of you that can’t get enough of exercising, Copenhagen is a fantastic city. Cycling is the norm here and the mode of transportation – you’re not a true resident of CPH if you take the metro every day. There are definitely more bikes than cars. Despite the streets sometimes seeming to overflow with bikes, the excellent facilities still make it comfortable to ride everywhere… and it is very pleasant to get the fresh air and pedal in the beautiful streets of Copenhagen.

Copenhagen is a big city (though not big in an intimidating way), but real efforts are made to conserve and maintain lots of green spaces. There’s plenty of space to just stop, relax, and take breaths of fresh air. You can peacefully and calmly get up to an array of activities, including cycling, but also strolling, shopping, and relaxing with family or friends.

4. THE KINDNESS OF THE INHABITANTS

Ask anyone who has spent some time in Copenhagen: people here are cheerful, outgoing, and helpful. With a good, big smile stuck on their face.

5. THERE IS PLENTY TO SEE

There is no shortage of activities to get up to in your spare time! Numerous museums, such as the Statens Museum for Kunst, dedicated to fine arts, the Louisiana Museum of Modern Art, the planetarium, etc. In terms of monuments, it’s also filled with a plethora of monuments, including magnificent castles, the Børsen, the Copenhagen stock exchange, the statue of the Little Mermaid, the Opera… Impossible to get bored.

Copenhagen is the epitome of values respected across all of Denmark: here, equality between women and men is taken very seriously – and it shows.

It doesn’t exactly seem too appealing to hang around in sub-zero temperatures for periods of time, with snow, frost, and all that goes with it. BUT, in Copenhagen, it’s fun, because in winter the city reveals a new face. Far from stopping, life adapts to the colder environment and Christmas in Copenhagen is fantastic.

It is recognised that working in Copenhagen is more enjoyable than in many places. The wages are high, the social assistance system is efficient. One understands completely why the city exerts such an attraction with the young workers. And if you think it’s going to be hard to learn Danish, don’t worry, everyone speaks English.

The local scene is incredible and is expressed through many festivals like the Roskilde or the Copenhell (the Danish Hellfest). Whilst music is thriving, the city is also perfect for street art and design. Between tradition and modernity, the capital is constantly moving, day and night, in all seasons.

The pursuit of happiness may be mentioned in the American Constitution, but it is nevertheless in Denmark and therefore in Copenhagen, that this quest is really taken seriously. In 2019, the country moved to the second position in the ranking of the happiest nations in the world (in favour of Finland), but it does not matter because it is in Denmark that we have invented hygge, a concept of life advocating well-being.

The city is literally crumbling under palaces and castles: Christiansborg (1745) on Slotsholmen, “the islet of the Castle”, where the royal apartments (open to visitors) sit side by side with the Parliament and the Supreme Court; the Amalienborg Palace occupies a splendid site 18th with perfect symmetry (royal residence and museum); and also the Renaissance castle of Rosenborg, with interiors of a rather breathtaking richness.

But Copenhagen is of course also filled with other charms like the Little Mermaid, the very retro Tivoli amusement park, and a multitude of beautiful museums – starting with the gigantic National Museum, the splendid Ny Carlsberg Glyptotek and the very rich Museum of Fine Arts.

Denmark has an amazing capacity to turn potential weaknesses into positives. Thus, the wind that permeates throughout Denmark has become the best source of energy with wind turbines, and there are more great sustainability examples across Denmark.

If Denmark is the homeland of design, it is thanks to its culture of hygge, the art of living indoors, and relaxing with family or friends. A trip to the Design Museum or the Dansk Design Centre and you will know a little more about it. Arne Jacobsen is the most famous Danish designer for having designed, among other things, the famous “egg chair”.

For shopping, head to Strøget shopping street to find the pearl at the Illums Bolighus department store. From palaces to museums and gardens, we appreciate the old European atmosphere that reigns in the alleys of the “Latin Quarter” around Grabrødretorv Square. Long frequented by sailors and writers, Nyhavn is known for its bars and restaurants. A nice bohemian neighborhood, Norrebro is very trendy, like Vesterbro, which has become a must-see for all night owls.

BEING ABLE TO DO EVERYTHING ON FOOT OR BY BIKE

It’s hard to do better than staying directly in the city ​​centre of Copenhagen, where you can access all the monuments on foot or by bike and stroll through the most beautiful streets of the capital. Whether you are on the Norreport side, a stone’s throw from the Torvehallerne market or the botanical garden, towards Gammel Strand, where Tivoli park is located, or even Amalienborg, near the royal palace and the famous colorful harbor of Nyhavn, you won’t and can’t go wrong. Copenhagen city centre is not very extensive. Staying there will allow you to do everything on foot or by bike, and to save on transport, which is very expensive here.

Where to live or visit in Copenhagen – practicalities

A quiet neighbourhood east of the city centre | It is the “little Amsterdam” of Copenhagen, with its canals and houses reminiscent of the Dutch capital. On the menu: ultra-quiet area, residential atmosphere, breathtaking view of the famous Church of Our Savior. All of this, right next to the city centre, which you can easily reach by bike. The ideal location to come and visit for an organised romantic getaway or even with the family. The Christianshavn area is close enough to the city centre to do everything on foot. Here you also have access to slightly more space and family-friendly accommodation than in the city centre.

The trendiest district in Copenhagen… for less. | Located west of Copenhagen city centre across the lakes, Norrebro is the ideal area to stay for those who would like to find accommodation that is cheaper than in the city centre, without compromising on the atmosphere. This young neighbourhood, filled with trendy little cafes and restaurants, is the perfect place to go out and relax with a bite to eat at the end of the day. Norrebro is a young district, which will particularly delight those who wish to go out at night. And you are in the corner of Superkilen Park, to take artistic photos.

The neighbourhood that goes up! | As other neighbourhoods are increasingly popular, Vesterbro, located south of Copenhagen city centre, is on the rise. It is just like Norrebro, while remaining more “in its own juice” for the moment. The district is full of small vegan restaurants, trendy bars, not to mention the foodies’ landmark in the old town – the Meatpacking District. Located only 15 minutes by bike from the city centre, this is the best value for money in Copenhagen for accommodation at the moment. The district is very close to the central station, and thus very easy to reach your accommodation on foot or by taxi.

the neighbourhoods of Copenhagen below are very popular with expats:

You need to experience it yourself

A trip to Denmark will let everyone experience the feeling of hygge – this famous feeling that one quickly feels cozy, warm, and “at home” in the interiors of Scandinavian countries. Copenhagen will be no exception. So take advantage of having to find a place to stay during your visit to the Danish capital to feel at home! Choose from small romantic hotels in the city centre near the romantic harbour of Nyhavn, trendy hostels in Norrebro, or traditional guesthouses in Christianshavn. There will be something for all tastes and budgets. 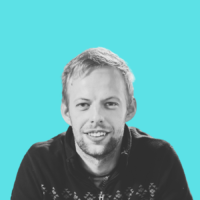 Content Creator at Klint Marketing and ArchitectureQuote. I've been full time living in Copenhagen for the past 4,5 years and have seen all the best places to live and visit from the perspective of a local!
Website 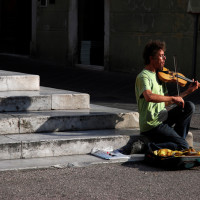 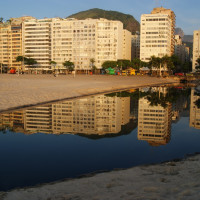 A look at Rio de Janeiro 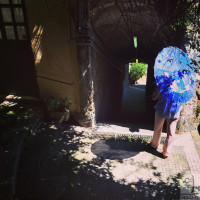 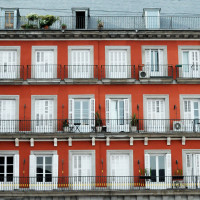