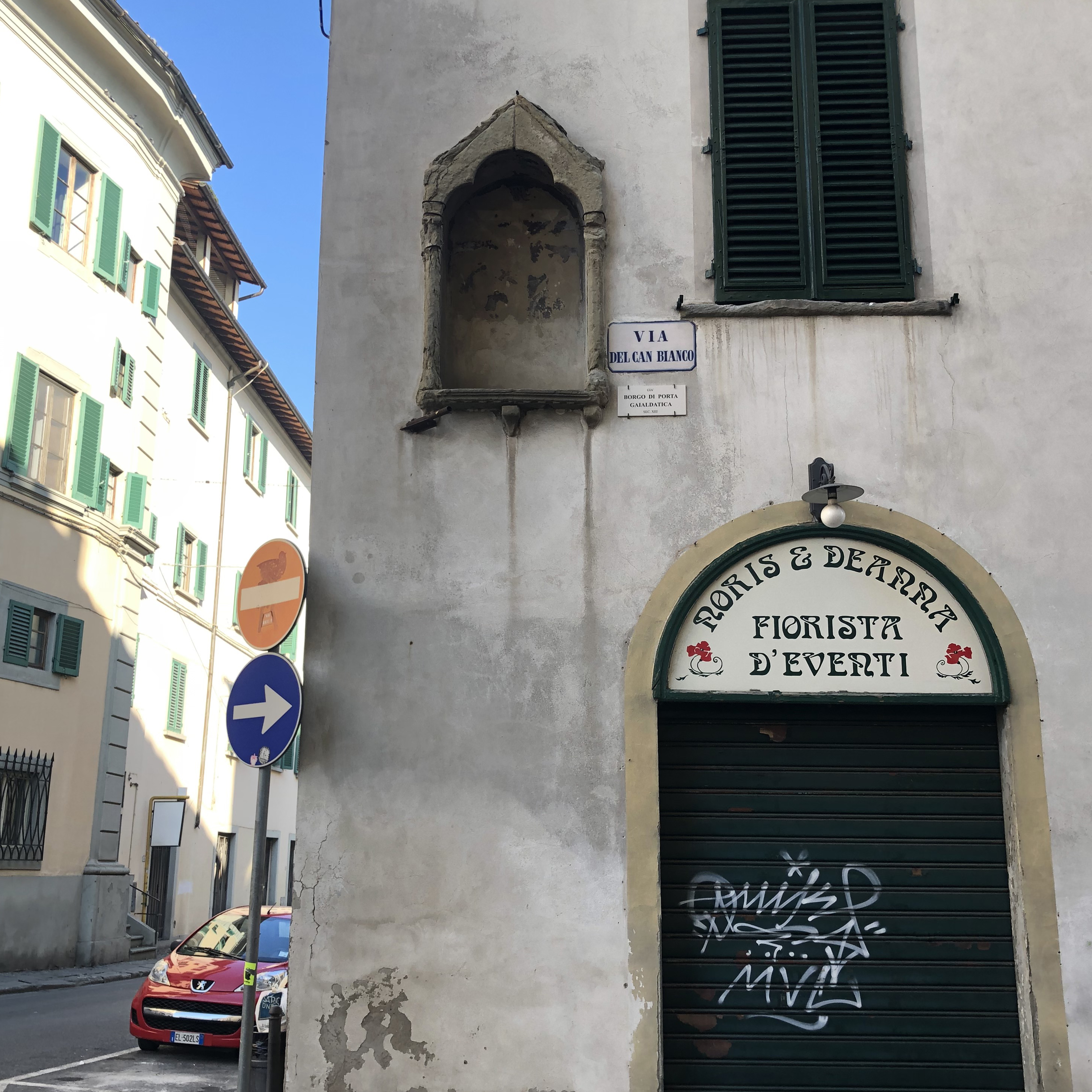 Laura Rubegni
Via del Can Bianco

PISTOIA is a Tuscan city that has the luck to be born in a vast and heterogeneous territory, with beautiful views of both plain and mountain, a rich history of art and famous anecdotes, a special relationship with music, a tradition of simple and exquisite recipes, with unique and precious products. However, if there’s something that characterises Pistoia more than other cities in Italy, and perhaps in the world, it’s its streets. Or rather, the names that the Pistoiesi (local citizens), over the centuries, have given to the streets and alleys of their beloved city.

In fact, each name is not simply a tribute to a character or historical or political event. The names of the streets of Pistoia are testimonies of real life stories. Experiences, also not always necessarily positive, that step by step, tell centuries of history passed in this segment of Tuscan land. Among the many, such as Vicolo Brontola, Via Abbi Pazienza, Via Curtatone and Montanara, Via di Stracceria, Via delle Pappe, or the Alley of Sozomeno, I chose to tell the story of Via del Cane Bianco.

Via del Can Bianco

The origin of the name of this street dates back to the times of the struggles of noble families of Pistoia. It seems that in this street, during a summer night, an ambush by enemies of the opposing faction was foiled thanks to the barking of a white dog who had felt the presence of strangers and began to bark with all his strength, alerting the whole contrada (city quarter in Medieval Italy). The intervention of the faithful friend was so precious and appreciated that it was decided to dedicate him a bas-relief in stone, still visible at the beginning of the street – passed Vicolo Malconsiglio, after the vault, in the upper left corner! – in memory of his providential help.

I chose to tell this curious episode (which somehow reminds me of the legendary story of the Campidoglio Geese) because when I got to know it, it was immediate to imagine the sequence of the facts with the sudden barking of the dog in the nocturnal silence and then the fright of people; and I also immediately thought the act of naming a street of one’s own city to a dog (or at least to his deeds) is in some way a demonstration of how kindness and intellectual honesty are qualities inherent in this people. And I believe this very “Pistoiese character” has strongly contributed to preserving a sense of memory and community over time, also evident in places, something precious and not at all obvious.

I love Cities and Places, Art, Nature and People and discover new things about this World! I was born in 1981 and I'm based in Firenze.
FacebookInstagram 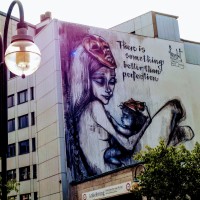 Scenes of (extra)ordinary life in Frankfurt 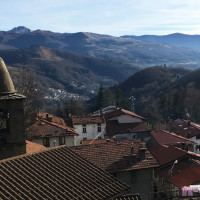 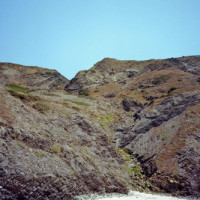 Beyond the city XV 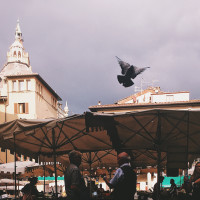