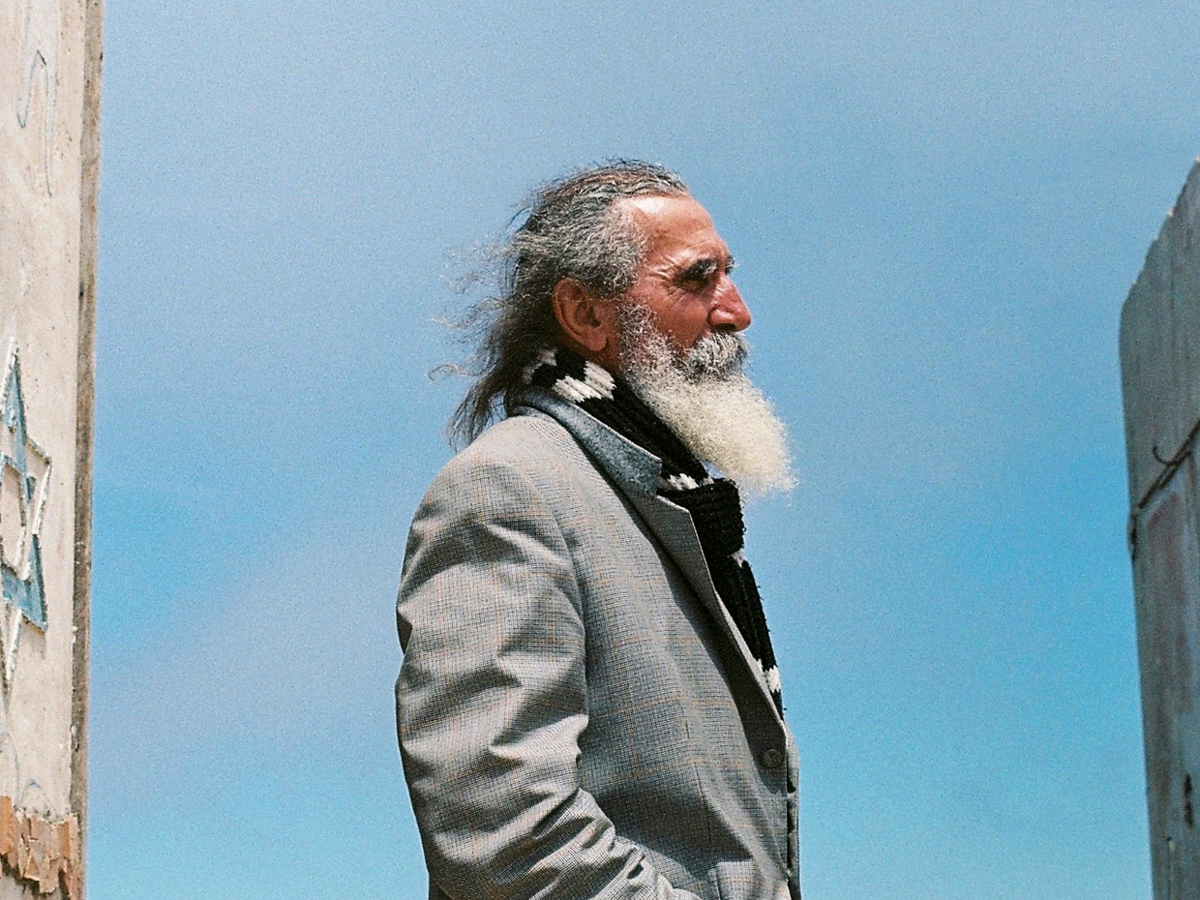 PALERMO is a port city (its name derives from the Greek words Pan – all and Hòrmos – harbour) embraced by mountains: beyond the high buildings, behind the concrete, everywhere you look, there are them. Every mountain with its own shape, recognisable at a distance, both from the sea and from the hinterland. Every mountain with a story of its own.

The most popular is Monte Pellegrino and the story of Santa Rosalia (1130-1170), patron of the city: coming from a noble Norman family, she left the court for a solitary life, in prayer and contemplation, taking refuge in a cave on Monte Pellegrino; here Rosalia lived in hermitage for about eight years, until her death. In 1624, while Palermo was invaded by the plague, Rosalia’s spirit appeared in a dream to a sick woman and then to a hunter. She pointed to him the road to find her relics, asking him to bring them in procession to the city, which was this way (in 1625) purified and released from the disease. So, on this sacred mountain, every year, in the night between 3 and 4 September (date when Rosalia passed to eternal life), the Palermitans (faithful or not) commemorate their “Santuzza” with the traditional “Acchianata” (ascent, climb): through an ancient path of about 4 km, they walk up to the Sanctuary, on top of the mountain, in the cave where the bones of the young woman were found. That’s why during “U Fistinu“, the feast in the city that celebrates (from 10 to 15 July) the Saint and her miracle, local people shout: Viva Palermo e Santa Rosalia!

The last hermit of Palermo

Apparently the mountains of this city by the sea continue to fascinate and attract the sensitivity (or madness) of those who desire a life more distant from society and closer to the sky. And as our CCTraveller Sabrina Weniger – during her journey through the most peaceful places in Palermo – managed to demonstrate (with her analogue photography), Isravele really exists. It’s not just a legend that the inhabitants of Palermo love to tell by pointing to the tower at the top of Monte Gallo, the mountain that separates the gulfs of Mondello and Sferracavallo.

Nino, his first name. Isravele – “elevarsi” (meaning “elevate yourself”) if you read it upside down – as he chose to call himself since he moved here (18th December 1997) to build a “Sanctuary”, a sacred place, a new destination for pilgrims willing to purify their soul through a different “acchianata” (ascent, climb); yes, different from that of Santa Rosalia because this leads to a regenerated site, transformed from a place in ruins and abandonment to a house-museum through outsider art [*] – a spontaneous art, here made with poor and waste material, often collected in the street.

* Spontaneous, clandestine, irregular, eccentric art, created by culturally, mentally or socially marginal authors; at the international level, all these artistic expressions that manifest themselves outside conventional paths and institutionalised cultural circuits have been identified in their most historicised aspect with the notion of Art Brut and today belong to the wider and more dynamic category of Outsider Art. A curiosity about: in Palermo there is the Observatory Outsider Art – founded in 2008 as a research laboratory at the University of Palermo by Eva di Stefano (professor of History of contemporary art), it’s from 2011 a cultural association and online magazine.

Isravele, now sixty and hermit for twenty years, lived in Corso dei Mille in Palermo and worked as a bricklayer. Then a dream changed his life: God had two children in his arms, one was Jesus and the other himself. He thus felt the duty to save souls and (like Santa Rosalia) he chose to dedicate himself to a life of prayer and contemplation on top of a mountain; in his case, Monte Gallo, indicated to him by God to fulfil his mission: to build a Sanctuary destined to become a place of worship open to everyone – when it will be finished or when he will no longer be there.

On the top of this mountain, Isravele found an old Bourbon building, a nineteenth-century watchtower, left to the neglect of time and graffiti, a site that he has slowly recovered over the years. The hermit continues to often return to the city to visit his family and collect the material necessary for the construction and care of the Sanctuary. Of course, it always moves on foot. However, he spends most of his time here, immersed in nature, dealing with art and spirituality, decorating the walls of the house-museum-sanctuary, receiving visitors (especially on Sundays) that he often (but not always) welcomes.

Our CCTraveller-photographer Sabrina, led by her friend Helen (who lives in Palermo for years and who had already visited the Sanctuary of Monte Gallo and met Isravele), was welcome: she also visited the inside of the building but she preferred not being too “intrusive” with her (analog) camera. So we let us with your curiosity to imagine this place covered with mosaics and paintings, rich in Christian, Hebrew and Islamic symbols; triangles, hearts, little angels and stars of David everywhere; images of saints and mini-statues of sheep (representing good souls). Colours and symbols that accompany the pilgrim from the beginning of “Via Santa” (about 2 km that anticipate the building) and then, arrived at the destination, that surprise the eyes of wonder.

Sabrina has not photographed the building but she has portrayed the man-artist-hermit Isravele, who gave this place a new life. She has portrayed him just outside his house-museum-sanctuary. Behind him, an endless bright blu wall of sea and sky.

The “Sanctuary” of Monte Gallo

A steep, as much strenuous as evocative, road of about 7 km leads (in about an hour and a half) to the top of Monte Gallo (586 mt.), where the “Sanctuary” of Isravele stands out. The access way – “Via Santa” – is a path of about 2 km embellished with small mosaics and various religious symbols that invite the pilgrim or simple visitor to continue the journey and “elevate” himself/herself even spiritually. Reached the destination, almost six hundred meters above the Tyrrhenian Sea that bathes the rocks of the natural reserve of Capo Gallo, the gaze is lost between the artistic decorations and the intense blue of the sea. Each wall (external and internal) of the building shows paintings and mosaics that Isravele has created over the years; mosaics made of stones, shells, newspaper clippings, small pieces of glass, plastic, ceramics. With wood, on the other hand, it heats the rainwater that collects in some tanks. Outside he built dry stone walls and a small vegetable garden. He lives without electricity, he arranges himself and invents.

The nature reserve of Capo Gallo is known in particular for the “ghost village” built undisturbed in Pizzo Sella, an area of the promontory overlooking the Gulf of Mondello, known as “the hill of dishonour” for illegal building. Here the rock and the vegetation coexist for decades with many concrete skeletons, those of at least 170 villas built from 1978 out of any rule and logic. An “ecomostro” by Cosa Nostra, an entire landscape devastated and defaced by the mafia and a corrupt administration. A giant example of the Sicilian Incompiuto. Here and there, now you can get surprised by some street art works, grouped under the project Pizzo Sella Art Village, curated by the collective Fare Ala.

To reach the “Sanctuary” of Monte Gallo, you then cross this village, you walk between the havoc of a still cumbersome past and the artistic will, and increasingly collective, to re-imagine and change the landscape by transforming the inherited concrete into canvases to colour, into new resources for creativity and for everyone. So here the “Sanctuary” wanted, built and protected by Isravele, on the top of Monte Gallo, assumes an even more important and strongly social role. The “Sanctuary” has become a destination for those who love art, nature and spirituality. A place that tells a new story. A beautiful story.

And what will happen to this place, after Isravele?

Art Brut, Outsider Art, or as you want to call it. In any case, the art of Isravele has become the reason that, together with nature, attracts today in this area the majority of visitors, no doubt intrigued by the story of this man-artist-hermit of Monte Gallo. And when he’ll be gone, who will take care of this place?

People already talk about it as a common good to protect, preserve, promote. The work of Isravele, regardless of the spiritual significance to which we can give more or less value, has certainly given to this land a new life. And from this story of courage and healthy madness, if they want, the Palermitans could continue to exclusively benefit from it. Viva Palermo e Isravele!

CCTips | When and how to visit the “Sanctuary” of Monte Gallo

Palermo, a journey through its most peaceful places 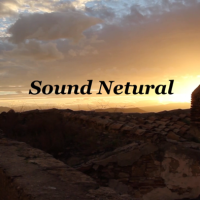 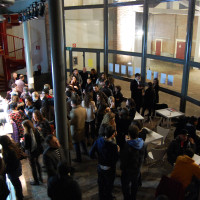 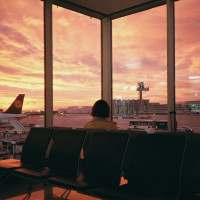 What Airports have given me