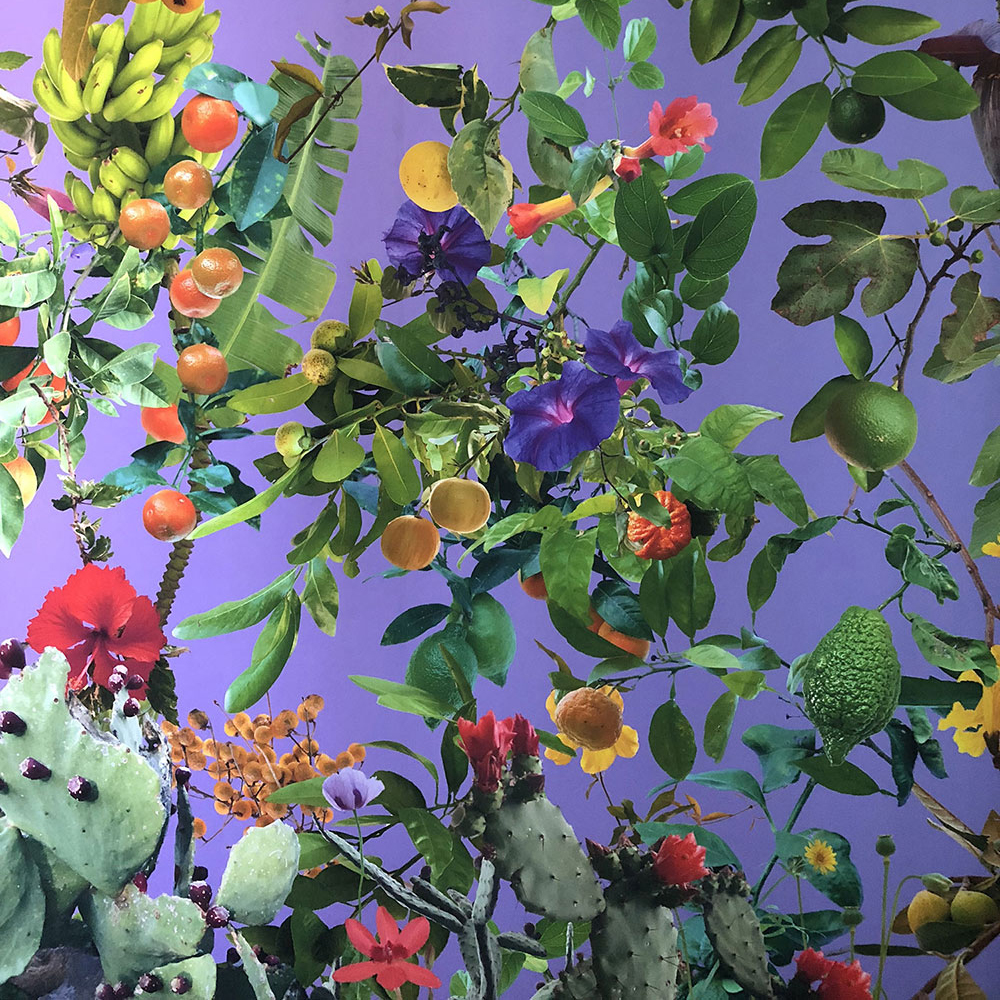 PALERMO has lighted up with a new light in this special year that sees it as the Italian Capital of Culture 2018. Its history, its complex past and all the beauty contained in ancient palaces and in the animated streets of the city explodes in a global narrative that ranges between current topics, everyday life and art. It is in this city that MANIFESTA 12 – European nomadic biennial founded in Amsterdam in the early 90s by the dutch art historian Hedwig Fijen – takes place.

With CCT in the Sicilian capital to explore and tell the city together with the #CCTravellers2018 – we also took part in the opening days of this contemporary art biennal dedicated to the press… So, before publishing and sharing the stories by the CCTravellers who were in particular inspired by the biennial, we’ll try to tell you in brief what MANIFESTA is in its 12th edition (open until 4th November 2018).

• Thank you @ManifestaBiennial, never been in such a beautiful place for a #PressConference! 😍 P.S. During the stay in #Palermo of our 60 #CCTravellers2018, all around the city there will be the #ContemporaryArt events of #Manifesta12 ~ the 12th edition of the European Nomadic Biennal that this year takes place in the Italian Capital of Culture 2018! • Our first four special guests // @Reverie_erv + @SabrinaWeniger + #VeronicaVeronesi from @gallleriapiu & @ohcristowebradio + @Zan_Ema from @julietartmag // are already exploring the #City & the #Biennal during these opening days but all the #CCTravellers will have the opportunity to experience also #Manifesta as it will be open from today to 4th November! • Another marvellous reason to #visitPalermo this year!! 🌴🇮🇹👀 #Manifesta12Palermo #Palermo2018 • #SeeCity 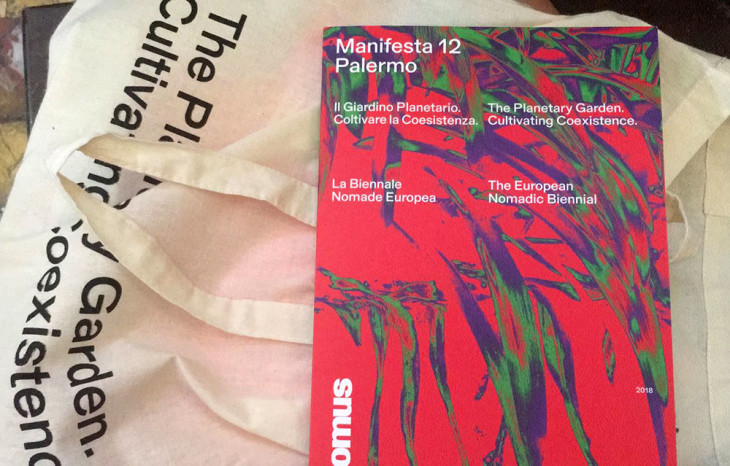 The evocative title “The Planetary Garden. Cultivating Coexistence” is certainly current and forces the observer to ask questions and find answers to the most urgent problems of our day. The theme is inspired by the thought of the landscape philosopher Gilles Clèment – who associates the land we inhabit to a garden to be cared for – and the painting Veduta di Palermo (1875) by Francesco Lojacono in which we perceive the need to get away from the idea of ​​”indigenous” in order to coexist serenely as different species.

Manifesta addresses in a critical, disenchanted and obviously artistic way the issues related to international mobility and migration flows. It will not be a coincidence that Palermo has always been an open port with its millennial history and its roots that sink in different cultures such as those of Phoenicians, Greeks, Arabs and Normans. So, once again, Palermo opens the doors of ancient buildings to culture, discussion and sharing. Global sharing, without limits.

In the early days Manifesta 12 literally invaded streets and squares of the city with performances, opening ceremonies and diverse meetings open to the press and the public. And for months (from 16th June to 4th November 2018) – in addition to the various exhibitions showing the projects by the artists invited from all over the world – the city is theatre of many events.

*
If the beauty of Palermo is clear in the eyes of anyone walking through the narrow alleyways and large squares, the visitors of Manifesta 12 will have the incredible opportunity to access places extraordinarily open for the biennial, most of them located in the Kalsa district. Among these ones, in particular Palazzo Butera and Palazzo Forcella de Seta stand out, both rich in history and splendid examples of architecture, honestly fascinating even for their state of decadence; but many other splendid venues host the exhibitions, like the huge Botanical Garden, the suggestive Palazzo Ajutamicristo, or the Church (without roof!) of Santa Maria dello Spasimo, without forgetting the Manifesta 12 Headquarters: the beautiful, recently restored, Teatro Garibaldi! Etc…

Various places, various themes: the Colombian artist Alberto Baraya imagines an ideal herbarium, the Swedish artist Malin Franzén explores the seventeenth-century method of natural printing in a modern key, the South African Lungiswa Gqunta transforms the garden into a space with stories, rituals and memory, while the Los Angeles Fallen Fruit duo immerses the visitor in a floral wallpaper with fresh Sicilian references.

*
From the uncontaminated nature one passes then to social themes. The Italian Filippo Minelli investigates on migration and identity, the Cuban Tania Brughera draws from the archives of activists to represent social precariousness while Richard Vijgen projects wireless, satellite signals along with data, transporting the observer directly into the action. Manifesta goes into detail with the video installation of the Forensic Oceanography documenting the violation of the rights of migrants in the open sea. The Dutch Patricia Kaersenhout and the Turkish Eran Ozgen face integration and shelter themes while the Chinese Zheng Bo explores eco-queer themes.

*
Oscar-winning director Laura Poitras recounts Sicily on a narrative journey, underlining the presence of military bases on the Italian island and the Spanish Cristina Lucas shows through a video installation the aerial bombardments that took place in civil areas in recent years. Manifesta does not forget the local past and so the Italian artist Yuri Ancarani dedicates a memory to the magistrates, civilians, journalists and agents victims of the mafia.

Complex but absolutely enjoyable by everyone, Manifesta 12 guides the visitor through essential themes with the desire to sensitise, stimulate reflection and debate. A path in stages that doesn’t exclude urgent matters, uncomfortable past and futuristic imagination in the frame of a city unique in its beauty, sometimes dilapidated. An intense journey into the contemporary, not only artistic but also social.

*
An unforgettable journey in the Sicilian capital that for centuries has been a point of arrivals, a safe harbour for inhabitants, refugees, wayfarers and travellers. The same city that has hosted the #CCTravellers2018, like the MANIFESTA 12 artists, from all over the world, to tell it from their point of view. Their stories, which we have started to publish, you’ll find them all here: www.cct-seecity.com/en/category/projects/cctravellers/cctravellers2018/

The best thing we have seen at MANIFESTA 12? Palermo, without a doubt, the city. 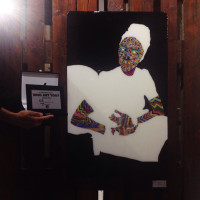 Who Art You? 3 * E i vincitori del contest sono… 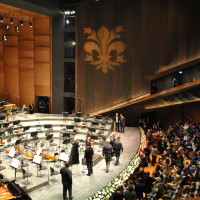 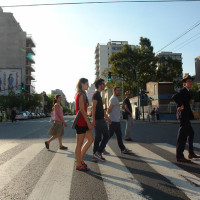