PISTOIA Some say ‘subtle’ is a cousin of ‘beautiful’ that balances simplicity with complexity. Whether it describes a person, a place or a thing, a subtle beauty reveals a genuine attention of an observer. While there may not be an immediate attraction at first, one can start admiring the aesthetic value to grow with thoughtful attention and time. 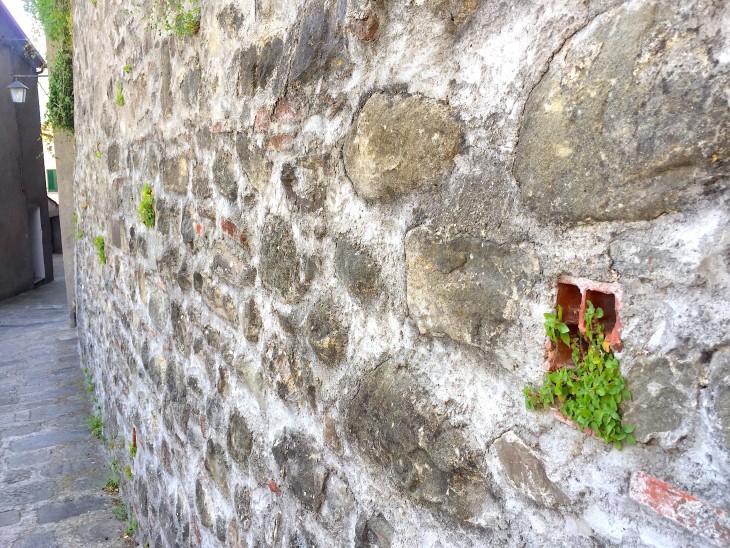 Pistoia, located in between Florence and Lucca in the northern Tuscany, is one of the places where one can find the enriched beauty of subtlety. As a typical Italian medieval city, Pistoia is part of the rich history of Tuscany known for its artistic legacy, traditions, landscapes, science and its influence on high culture. While each part of the region has its own unique personality, what gives a special charm to Pistoia is on the hide-and-seek type experience in finding its gems.

Among numerous towns and villages in the province of Pistoia, Piteglio exceptionally preserves a balanced harmony between the medieval structures and the vast greens of nature. Located on the slopes of the mountains, Piteglio can be seen from far away as one drives through the hilly road to the town – almost as if it is floating on the mountains like a magical town in an old tale.

Walking through the centuries-old alleys and stairs in a summer day, one may encounter street cats taking an afternoon nap, children playing under the eyes of their nonni (grandparents) sitting just outside home and small flowers dancing in the wind. 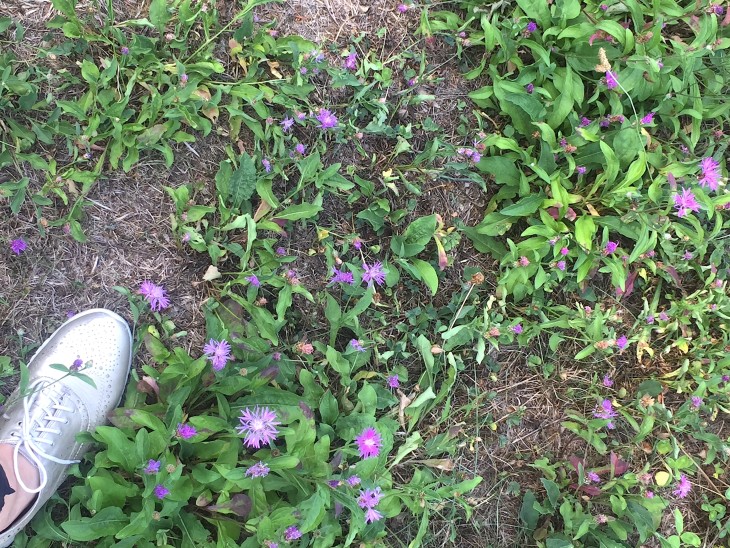 What could be so special about tiny flowers peeking out through old walls on this street of silence? The beauty lies in such balance between the everydayness the place holds and the appreciation of its simplicity from the people living with it. Allowing depth of feeling to be felt and visible, it offers an aesthetic experience that may be easily overlooked.

Like the flowers nondisruptively blooming through the rustic walls and the walls nondestructively welcoming the fragile flowers to blossom, there is a place just outside the small town of Santomato in Pistoia that upholds the harmony between nature and art. At the Fattoria del Celle, in the early 1980s, Giuliano Gori and his family began building the Gori Collection comprised of site-specific art, among the invited artists being Magdalena Abakanowicz, Robert Morris, Dennis Oppenheim and Richard Serra.

At the site on a hill overlooking the countryside between Pistoia and Prato, the artists were invited to find their spot in nature to be inspired by and to create work for that particular outdoor space. Without disturbing the natural environment, the artists created work specifically for their chosen spots with an aesthetic experience producing naturalness and implicity.

For her first work in bronze, Katarsis (1985), Abakanowicz chose a field enclosed by a barbed wire fence. The thirty-three figures without heads or arms and empty inside, the work creates a feeling of crowdedness and an anonymous look. The figures seem more or less alike; however, spending enough time walking around the figures and viewing them from closer, one realises that each figure has been individually modelled from the others. 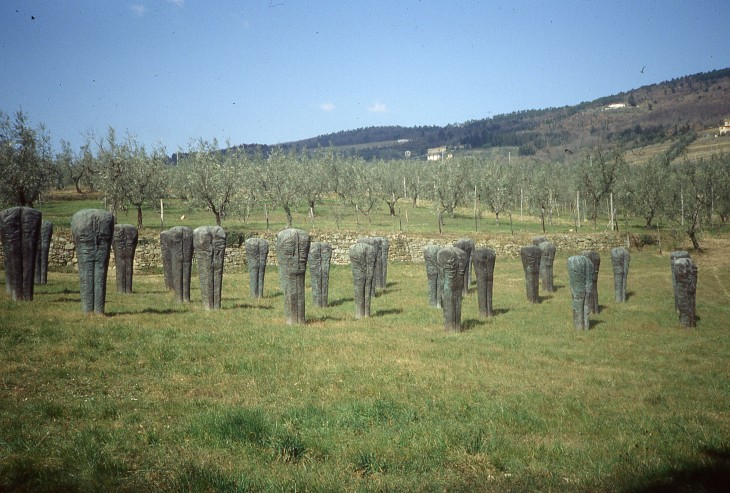 Looking up, one may find a bench placed on the edge of a roof with the expanse of sky as its background. This work, Per quelli che volano (For Those Who Fly, 2012) by Luigi Mainolfi, was created in memory of Pina Gori, the wife of Giuliano Gori. Pina loved to admire the view at sunset and Per quelli che volano silently welcomes her for the best seat to enjoy the beautiful sunset. The artwork becomes an integral part of the landscape, recognising the beauty of the natural environment and itself in a refined expression.

In Pistoia, one has to look, find and have the desire to explore in finding its gems. The beauty it presents does not scream for attention and requires the observer’s ability to identify it, taking the time and allowing oneself to explore. The observer becomes part of this game free to take in the aesthetic experience, appreciating the reverence for life and its subtle beauty.

From the Oxford Dictionary: 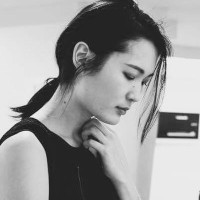 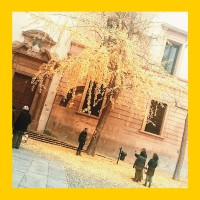 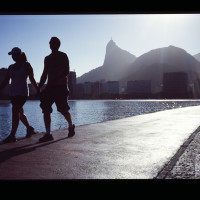 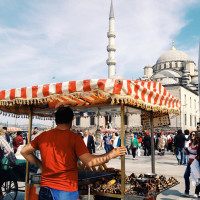 Istanbul, where you can look at the whole world 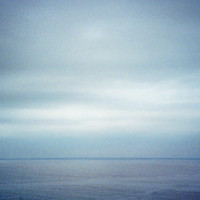 Beyond the city VIII