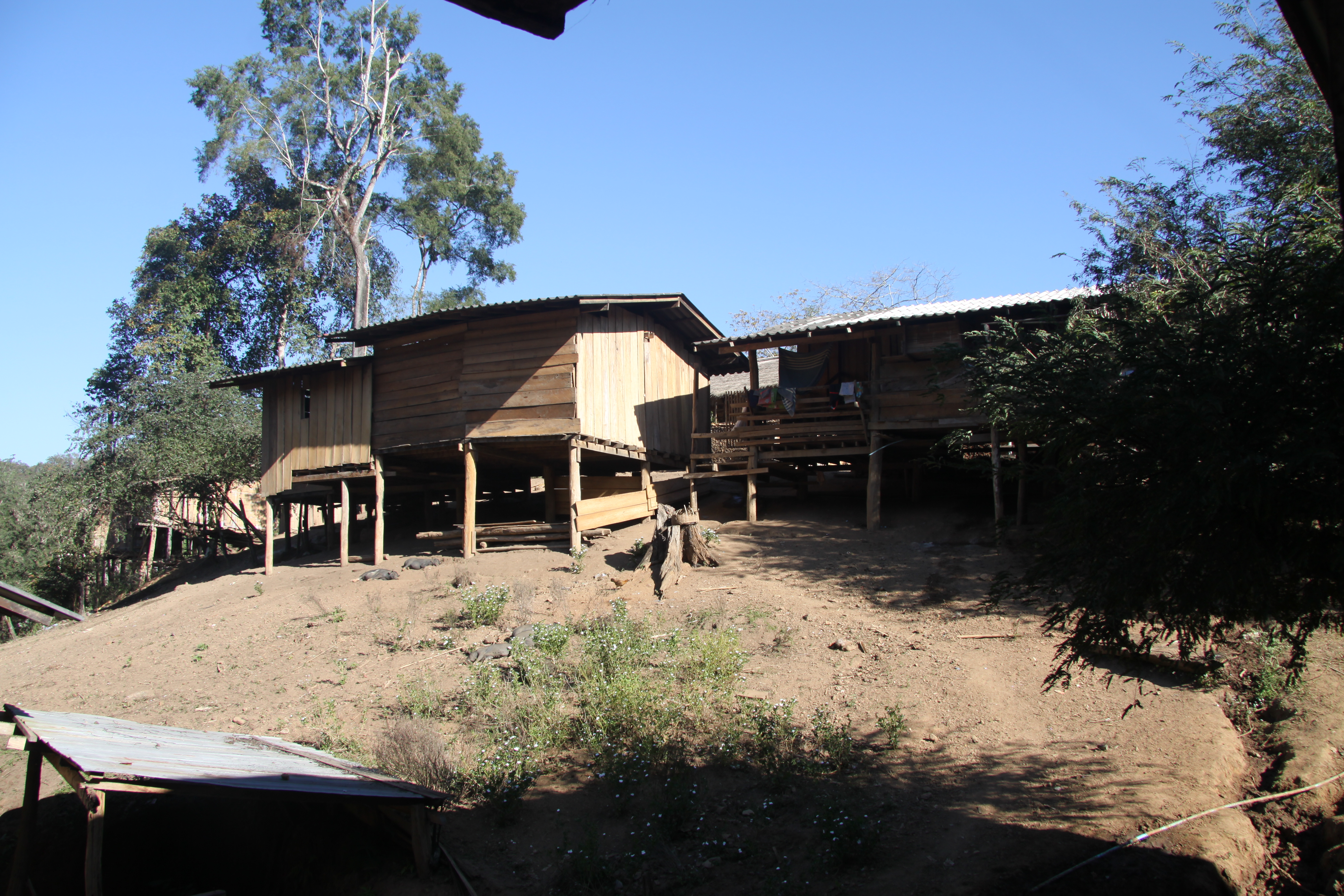 CHIANG MAI is a province of Thailand located in the northwest of the country. The region combines metropolis and nature in a 20.000 km2 surface. Its capital city was given the same name as the province: Chiang Mai, also known as “The Rose of the North”.

Located approximately 700 km away from Bangkok, the city of Chiang Mai has many temples covered in gold leaf which are meant to venerate several Buddha figures. Wat Phra Singh, Wat Chiang Man and Wat Doi Suthep are some of them. Wat Doi Suthep is one of the busiest ones in the province; also referred to as the Temple of the Mountain, it is notorious for the numerous steps its visitors have to climb in order to reach its top. Despite the importance of religious buildings in Thailand, Chiang Mai confers more square kilometres to nature than to temples. Throughout the province a wide variety of leisure activities take place and are offered to travellers, visitors, members of expeditions, and, even some locals. 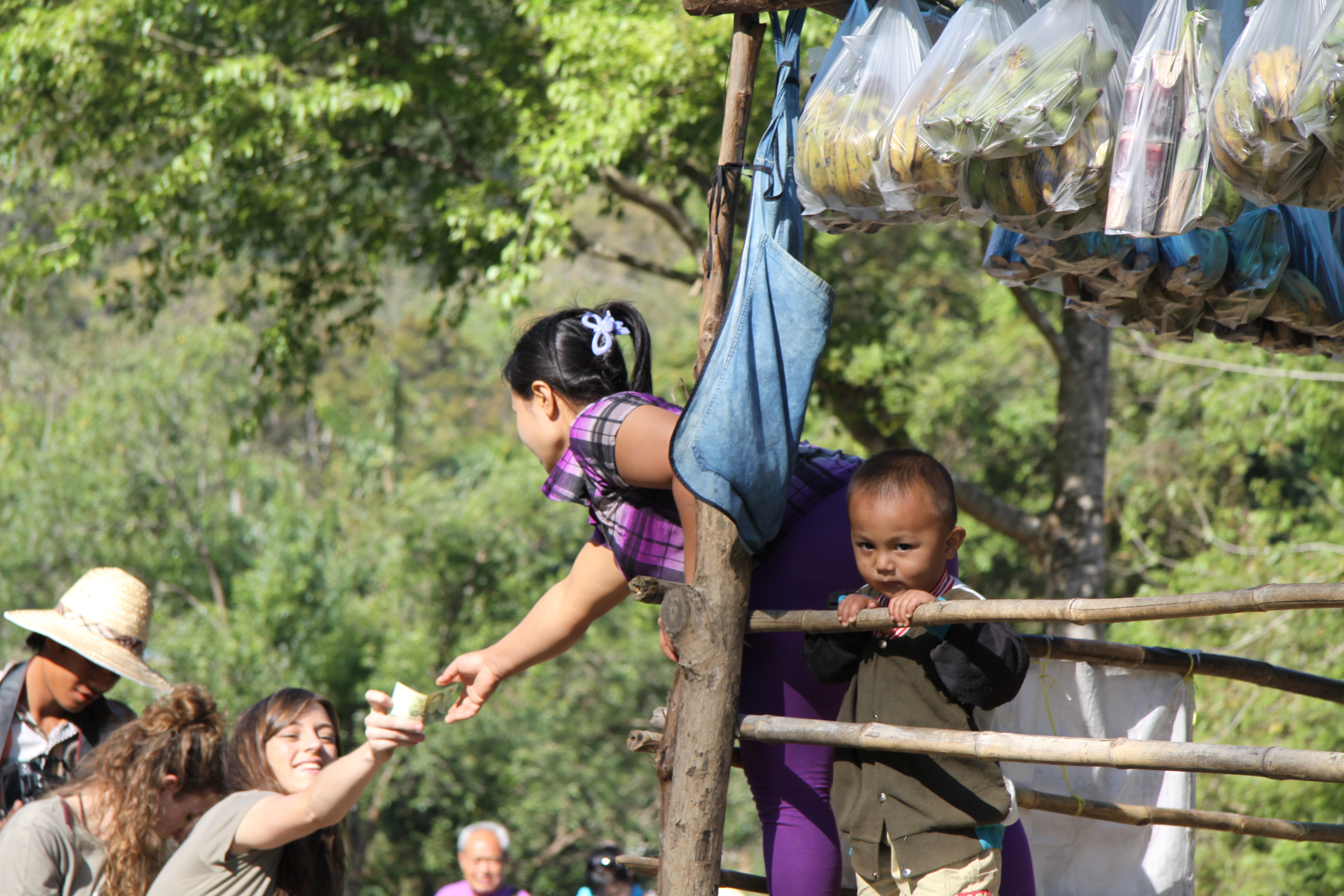 Thus, mountain and forest trekking, coexisting with the indigenous hill tribes and venturing out to do elephant treks replace the western tourism to which the most urbanized East falls victim: the sale of handicrafts and souvenirs in night-time markets and all kind of miscellaneous spaces in which one can enjoy a Thai massage.

Ethno-tourism proliferates in Thailand as the alternative to conventional tourism. As a result, ancient cultures’ revaluation of, and delight in, their natural surroundings becomes the allure of the rich variety of forms that Thai culture offers.

Route to the hill tribe: the village called Karen

The route to the land named Karen starts in the Elephant’s Nature Park of Chiang Mai, on the back of the pachyderm, an animal that is symbol of strength, wisdom and protection in Thailand. 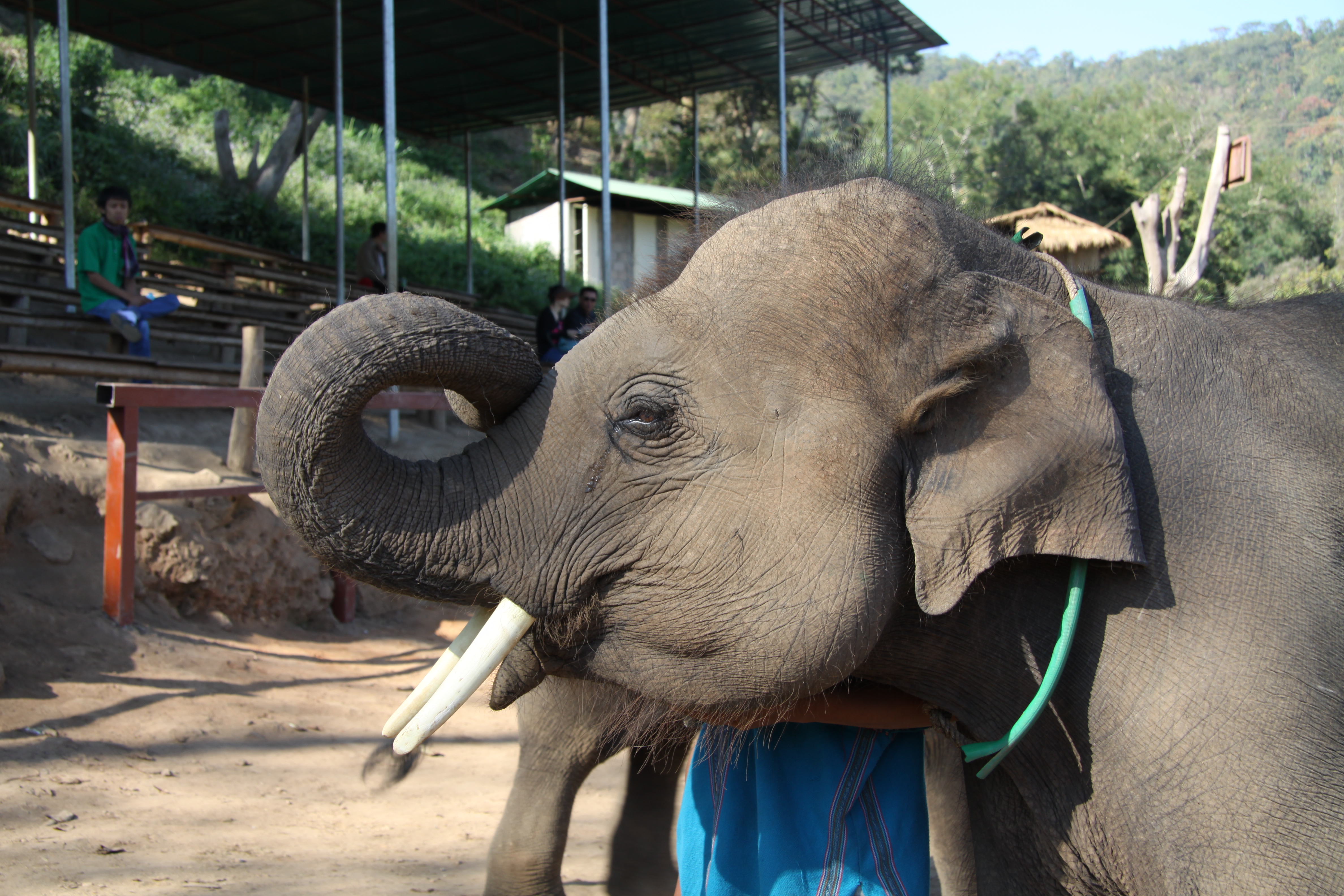 The following stop involves bathing in the cold waters of Mork-Fa’s Waterfall. That bath places us in the presence of a natural spectacle that awakes all of our five senses. In addition to the water’s path during its free fall, the breath of pure oxygen must be added to the experience. The same cannot be said about the atmosphere of the Pong Duat thermal springs: just a few of the volunteers who soaked in them were could enjoy the high temperature of its waters.

About four hours of trekking are necessary to reach the hill tribe Karen from the starting point of Pong Duat. Every single person who decides to go over that mountain trail is provided with a bamboo pole for the purpose of moving ahead during the excursion. The bottom end of the stick is chopped in order to anchor it easily to the soil. The bamboo pole is provided by Lu.

Lu is 33 years old and he is been working as a trekking guide for 10 years. His work concerns guiding tourists, students, travellers, members of expeditions and visitors all over Chiang Mai. He immerses his companions in Thai culture by leading them into unexplored horizons and routes. Lu’s attitude for the development of the guided trek betrays a physical fitness admired by many of us who are left gasping for breath during the trip. His posture is as unhurried and steady as a ballet dancer. His body language is elegant and is shown in accordance with the rhythm of his self-taught Spanish explanations. Lu, short for Luke, belongs to the indigenous communities that migrated to the city in pursuit of a job that could feed their lives, let them earn a salary and help their families. 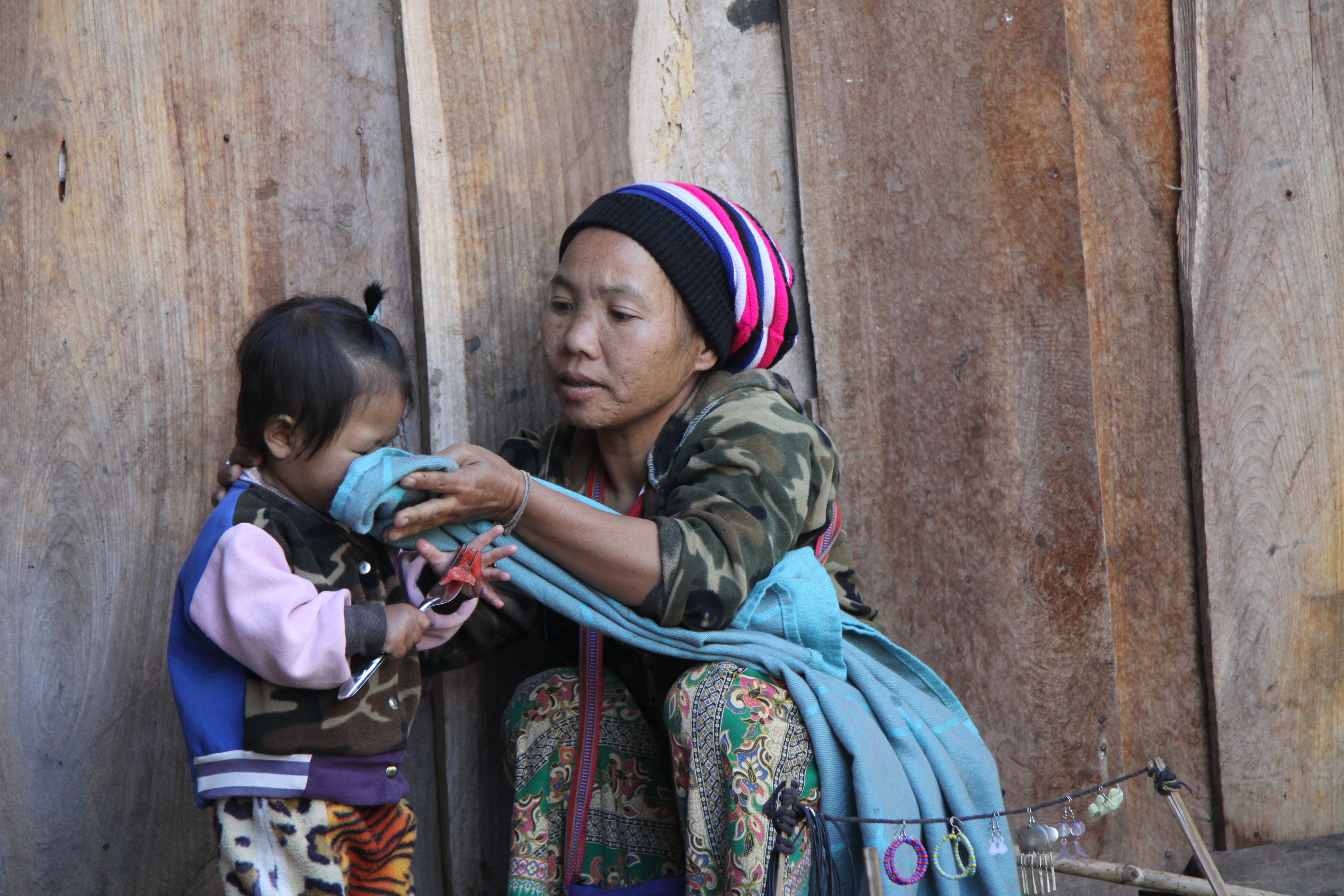 “I live in Chiang Mai with my wife and daughter. My daughter is 4 years old. Her name is May because she was born on the year 262”. Lu refers to the Buddhist year. He explains that having a steady job was a key factor in the decision to become a father. He reflects. “When you live in the city you have to pay for water, electricity and do the shopping. It differs a lot from life in the mountain. There, you can drink water that comes from nature and feed on bamboo shoots during rainy seasons or eat wild boars, deer, hedgehogs, anteaters and some species of snake. Bananas, tamarinds and papayas are also found because it is easy to plant them without chemicals”. After four hour we arrive to the first hill tribe village described in the itinerary of the expedition: the hill tribe village Karen.

The arrival at Karen’s village offers a natural panorama to which urbanized eyes are not accustomed: houses that remain standing due to wooden columns and animals that roam free on a very earthy ground which newcomers do not consider walking on in flip-flops. Not so the locals, as their leathery feet were grown to walk in the field and would reject rectilinear pavements that our urbanized cities offers. The hill tribe Karen is nourished by everything nature has to offer: they derive their livelihood from farming and agriculture.

The inhabitants of this village are catholic nomads who come from Burma. They feed themselves, drink and live in an area wherein a western person would spot more scarcities than benefits. Latrines, one or two weekly showers and a life in which the human being becomes his or her own master, appears to be nonsense compared to an extendable eight hour work day, a regular salary and a 65 m2 apartment. Hence, the evening, night and morning stay with this hill tribe entails a first puff of values that were learnt in books but where not given, for example, by the host of stars in Siam’s sky.

From the catholic Karen to the animist Lisu

On the following morning, a four or five hour trek is necessary to reach the tribe named Lahu, located in Mae Tang’s riverside. On the way, a visit to the local school of Pakhao Larm village amazes the students during their free time.

The people of the Lahu tribe came from Tibet and it is evident their idea of tourists is very clear in comparison with Karen’s hill tribe peoples. Accordingly, the welcome of the members of the expedition involves an offer of baskets full of bracelets, purses and key-rings as well as the possibility of receiving a massage.

Lahu’s religion is animist. Animism is the belief of the more than 80% of the mountain tribes in which not only the spirit is conferred to human beings but also to nature and objects. It is common to ask for forgiveness for any behaviours human beings may have towards nature, considering deforestation, crop maintenance and drinking water from the river as examples of these conducts.

In both stays with the tribes, Lu is the cook. He is very considerate towards western culinary tastes and serves a menu unlike the spicy preparations that characterize Thai gastronomy. We also witness a dance in which local women dress up in traditional clothing and dance by the light of the bonfire. “There are good and bad things concerning tourism. – Lu tells me. – The people from village earn money by offering massages, dancing traditionally and selling bracelets and souvenirs but, at the same time, their traditional clothes get damaged as they wear them every day”. After all, he dedicates his life to tourists. “I love my job. I’m happy taking care of you and making you know how life is in hill tribes”.

The following day, the last destination before finishing Luke’s route in the “Rose of the North” encompasses a visit to the inhabitants of the Lisu hill tribe in order to comprehend and experience their traditions and beliefs. To do so, we ploughed through the waters of Mae Tang River on bamboo rafts. We were picked up by rowers from the Lahu’s mountain tribe. The journey from the last stop of the raft promenade until the Lisu village was made by jeep.

Lu lived 23 years in the Lisu tribe, another animist community. Their inhabitants come from China and the structure of their homes is distinctive in that they are composed of a single floor whereas Karen and Lahu’s have two. Inside the house there is a room dedicated to offerings for spirits.

The sorcerer and his wife live in one of the houses of the community. He is not chosen by the tribe: he is a wizard thanks to his ability to touch fire, drink boiling oil, speak a different dialect and heal sick people. He acts as a mediator between the spirit and human world, presiding over funereal ceremonies and divining the place where the deceased wants to be incinerated. The sorcerer can also foretell the future through the unusual analysis of some chicken bones.

One of the crops that brought most benefit to the Lisu tribe was opium cultivation. “When I was 14 years old I used to crop opium in the mountain. – Lu tells. – One harvest enabled us to live for a year”. Currently, opium cultivation is illegal in Thailand and its commercialisation is punished by imprisonment. “Now, the 70% of young people that live in the hills find it very difficult to earn money”. Thus, at the age of 23, Luke moved to the city of Chiang Mai in search of work, expressing himself in Thai and in Lisu’s dialect. It is now three years since he learnt his self-taught English and Spanish and he has noticed a clear improvement in his job. “In many aspects, my life has considerably changed”. He has had a computer for four years which he uses to study and learn from. In addition, he can contact his family by phone since electricity reached Lisu’s village. 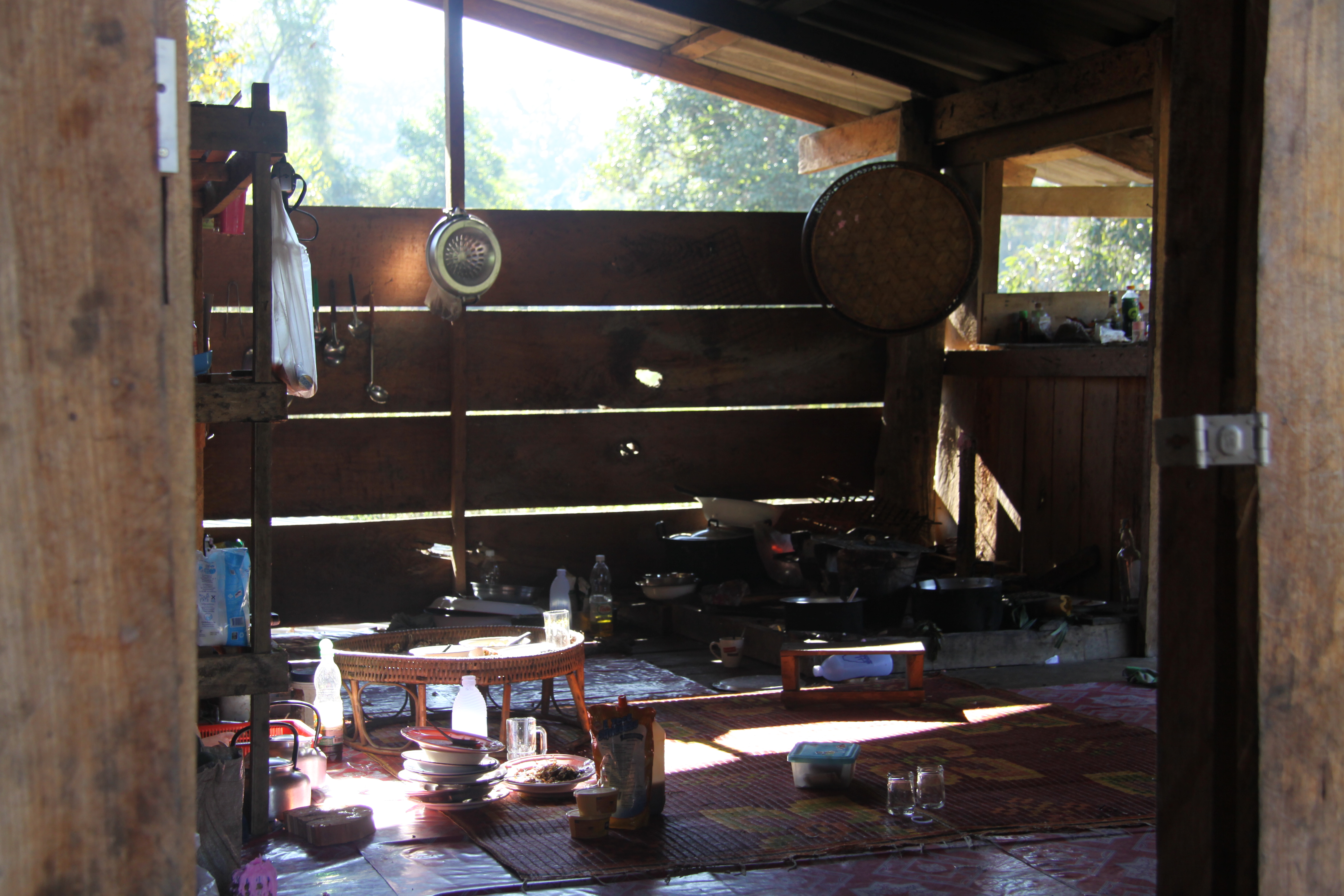 In the jeep, on the return to the hotel in Chiang Mai, the traffic is heavy. Lu says that the government has passed a law that allows payment in installments when buying car, despite the high levels of pollution in the city. “People do not know about pollution and when elections are held they vote for a government with good politics but with ignorance”.

The man from the mountain is caught up in the maelstrom of the competitive market, and knows that studying more languages will get him more work in his field. The Thai Government which promotes ecotourism that respects its ancestral customs at the same time approves a law with which car sales are raised and, consequently, increases pollution levels. That is the dichotomy that is experienced in the “Land of Smiles”.

On arrival to the hotel, Lu bids his farewell with a “see you soon”. 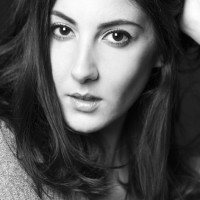 I am a Spanish journalist specialised in narrative and travel journalism. I have done two journalistic expeditions to Thailand and Uzbekistan. I have lived in Morocco, Italy and Nepal. In these latter two I moved with journalistic purposes and so I worked side by side with photographers in interviews and articles.

I am planning to start my postgraduate studies on Conflict and Peace Communication.

Currently I am working on my first novel.
WebsiteTwitterFacebookLinkedInInstagram 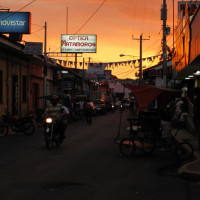 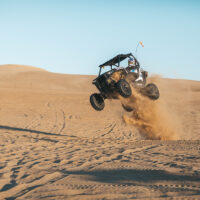 Tips to cleaning your ATV 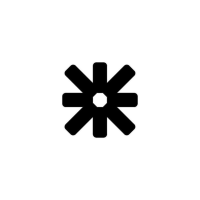 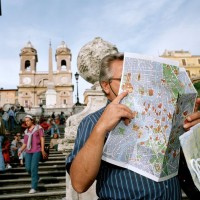