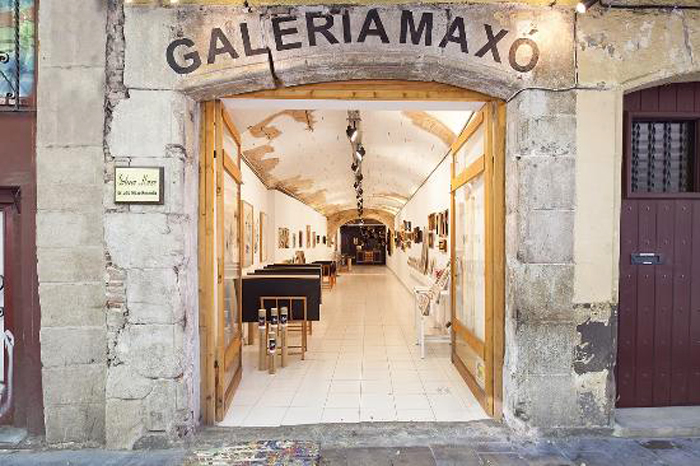 –
BARCELONA Colored pencils sprouting from the white ceiling while naked Barbies go round the room, on board of a toy train that moves on top of the wall. Look well around when you go through the gallery, down the long corridor that leads to the studio of Maxó Rennella (and do not forget to take a peek to the toilet, as always, at the bottom on the right!). There are his works (sometimes even by other artists), his drawings and paintings, his three-dimensional paintings and metapaintings, his photographs from which it seems to spy on the city of Barcelona as from a keyhole; there are functional or purely aesthetic objects, created by crazy combinations (mostly with recycled materials); there are accessories to wear, weird postcards and often a glass of wine to toast.

The gallery changes continuously, it’s a dynamic space and welcoming as its landlord, who regularly hosts various creative events – (this is the place where we of CCT along with Inua Ellams and the other MNRunners have listened, at 3 am, to the acoustic concert by Wiggum band during the night of the first Barcelona Midnight Run) – and as many creates.

–
WHO Hector Maximiliano Rennella, better known as Maxó Rennella, was born in Argentina, Córdoba, in 1985. After the University and his early works as artist, in 2008 he decided to move to Spain, Barcelona. And here, in 2011, he opens the Galería Maxó. Or rather, he opens his estudio to all the passers-by in the street: by night he creates, by day he shows. Self-taught, he invents an instantly recognizable style and an instinctive artistic language but also rich in symbolism.

The most curious and fascinating side of the Gallery is certainly his studio down the hall: shelves filled with analog cameras, Madonnas and Saints in the midst of Barbies and teddies, a wall fully covered with polaroid pictures that portray him with friends and artists (there are also Inua and I along with Maxó!), and jars containing everything (from colours to pins) to unscrew from the ceiling rafters (by the way, why do we use the ceiling only for chandeliers?).

WHERE We are in La Ribera, district of Ciutat Vella, next to the Parc de la Ciutadella and then a few steps from the Arc de Triomf. At number 29 in Carrer del Portal Nou, there is this “loco lugar”. I found it out during the inauguration of a photo exhibition but if you pass by here, you’ll easily notice it at any time (from 11.00 am to 9.30 pm; Sunday, from 11.30 am): usually, some little flags give colours to the tree in front of the door while a large blackboard on wheels intrigues the passers-by with the quote of the day or a thought by Maxó.

For example: “No hay más difícil color combinar que la libertad” – (top right photo; translated: There is no colour more difficult to combine than freedom). Maybe, it’s like Maxó says… but between these walls I believe to see, in every corner and detail, at least a brush stroke of that color.

Photo Credits: Maxó (the first 2 photos above); displate.com/blog (the 2 photos of the gallery from outside); Gonzalo Tudela (the 3 photos of the studio and the portrait); Tim Adami (“Maxó pinta jamón” – Maxó painting and the black and white picture). 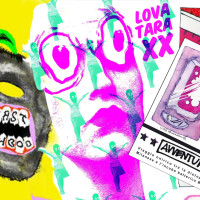 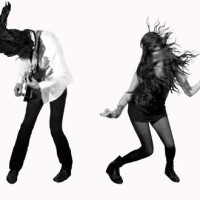 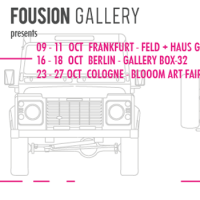 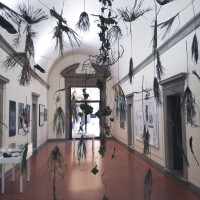